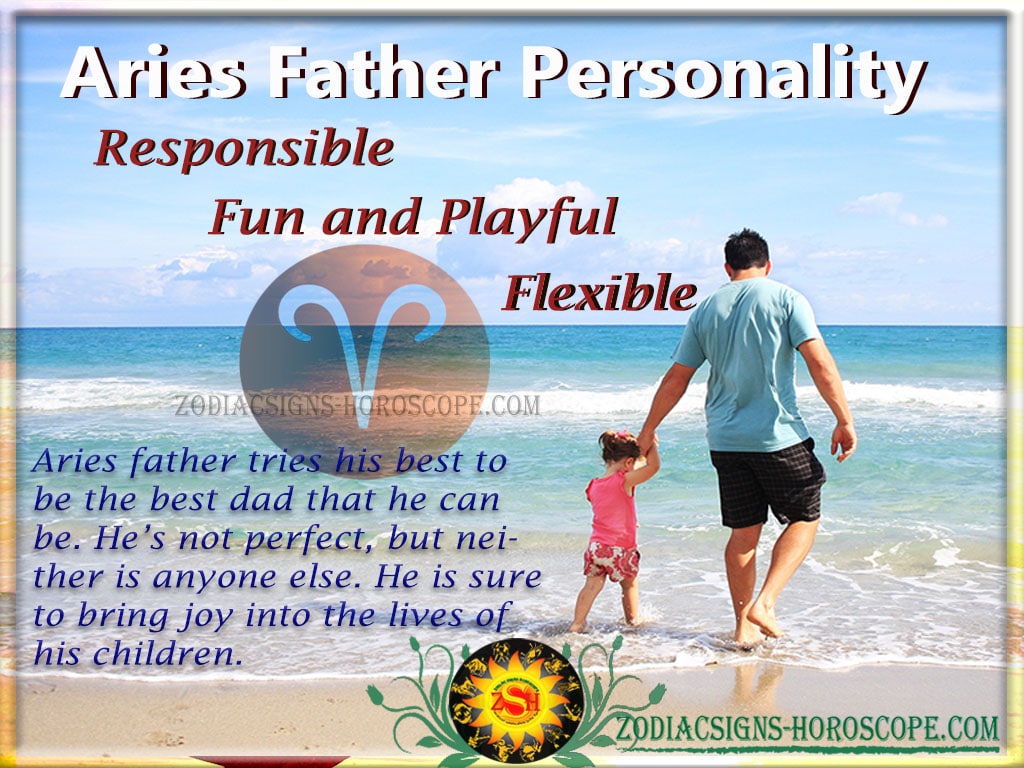 Aries men love being fathers, even if not all Aries men have always dreamed of being fathers. When it comes to being a dad and taking care of their child, Aries men really know how to step up to the plate. No parent is perfect, but when it comes to an Aries father, he sure can get pretty close to perfection.

Aries men are known for being charmers and partiers, which could be why people sometimes worry if he will be a good father or not. This article is here to say that there is nothing to worry about! While he may like to party before he is a dad, he will get serious once he has children.

The Aries father will dote on his children. He isn’t afraid to watch his kid alone, change stinky diapers, or drive them to soccer practice. He knows that doing these things are a part of his duty as a dad, and he’s willing to step up to the challenge.

Aries fathers are far from boring and dull. After all, what’s the point of having kids if they can’t have a little fun with it? They love to play with their kids all of the time. The Aries men are a fan of anything that has a little competition for it.

They can play outside all day with their kids, teaching them new sports to play. The Aries father doesn’t get boring on a rainy day, either. He’s great at making up new games, and he can stand playing video games with these kids too!

Part of the reason why an Aries man makes such a good father is that he is so compassionate with his children. While he does know that it is important to be a parent to his children, he also wants to be able to act as their friend.

The Aries father can be a little lax on punishments, but that’s not always a bad thing. He also loves to spoil his kids on their birthdays, Christmas, and sometimes just on a Tuesday. Generosity is a great thing; an eye might just need to be kept on him to make sure that he doesn’t break the bank, though.

Aries men are protective of people who they love, especially their children. He will do anything to make sure that his child grows up to be happy and healthy. He will protect his child from any threat, even before they are actually born at times.

His kids may be embarrassed by how protective he can be at times, but he doesn’t let it get to him. The Aries dad knows that he is doing everything he can to keep his kids safe, which is all he could ever hope to do.

An Aries father is a great guy, and he wants his kids to grow up to be great people as well. He will try to make his children as similar to himself as he can because he is proud of the traits that he has.

If he gets his way, his children will be ambitious, active, kind, and energetic. Having kids that turn out to be like an Aries father would be a great thing for any parent to see happen.

The Aries father is very active, and thus his juniors or junior cannot get bored around him.

Aries dad is very active while the Taurus child just loves sitting around reading books. His father would be able to help him in getting into active activities such as sports among others.

The Gemini child is conversational hence he or she loves his or her cheerful father.

The Aries dad is a successful and determined person hence he strives to rub the same on his Cancer child who only delights in what he does.

The Leo child can justify most of the Aries father’s hopes of being active and successful as he is.

The Aries father is active and athletic while the Virgo child is fragile by nature, hence it is upon the father to guide the way for the child.

The Libra child is athletic hence he gets all the necessary support and encouragement from the enthusiastic Aries man.

These two are both determined to get everything possible in life.

The Aries father and Sagittarius child love discussing different ideas together and later coming up with something interesting.

The active Aries father helps the Capricorn child is coming out of his or her shell. The child may hide in the dark for a while but will one day break free and become as active as his or her father.

The Aries dad loves the Aquarius child, who is a dreamer, who is eager to see his or her ideas embodied in life.

The Pisces child is very rude, and hence the Aries father tries as much as possible to help him grow up as an honorable man or woman.

The Aries father tries his best to be the best dad that he can be. He’s not perfect, but neither is anyone else. He is sure to bring joy into the lives of his children. Any child raised by an Aries father is a lucky child indeed! Anyone who gets to have children with him is sure to feel very lucky as well! 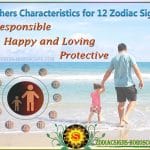 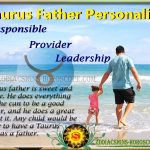