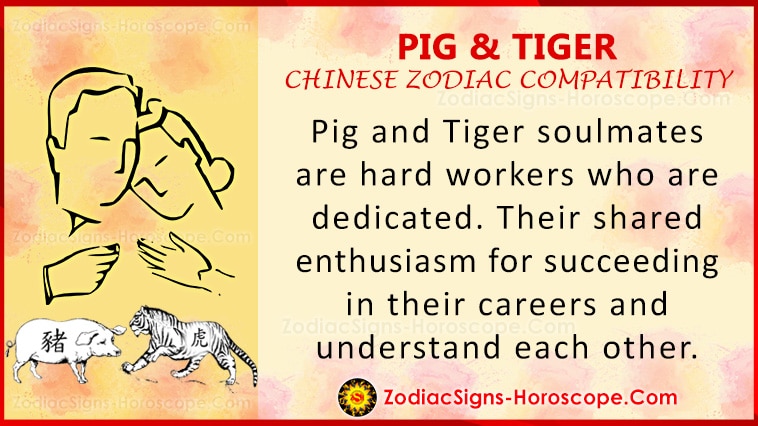 Pigs are great at dealing with other people and love socializing, and the same applies to Pig and Tiger dating. They are also hard workers who set lofty goals and then meet them. They tend to be well-liked at work because they are easy to get along with, good at meeting deadlines, and work hard while at work. Pigs play as hard or harder than they work. If you are a Pig, chances are your work life and your personal life are just very busy, and that you try to surround yourself with people often. Most Pigs are natural leaders with charismatic personalities.

Pigs can be misunderstood as being lackadaisical in some cases. This is not because it is true, but rather because Pigs can sometimes live an unbalanced lifestyle so that they can end up getting too involved in social activities and not invested enough at work. By the same token, they can be workaholics on the other hand – the problem is more a problem of not being balanced than anything. This is true of other things. Pigs can sometimes go overboard regarding physical pleasures, resulting in being overweight and not getting enough rest. This is not good for a Pig Tiger relationship.

Tigers are active, bold, and self-assured even in a Pig and Tiger marriage. They like being around people and, like Pigs, are also natural leaders. They tend to be the center of attention, and many Tigers enjoy that. Like in the animal world, where tigers are known as the jungle’s kings, Tigers are brave, assured, and in-charge. They aren’t big planners or thinkers, but they are usually great at thinking and responding on their feet. They like to participate in sports and other physically active activities, and they like challenges, both at work and at home.

Tigers are honest and stand by their word; hence having Pig and Tiger trust is easy. Therefore, people tend to listen when Tigers speak. Tigers have a few differences from Pigs, as well. Tigers aren’t big on opening up about themselves or having deep relationships. They get along great with a lot of people, but often they keep people on the outside. They are not particularly romantic and often have other priorities that are more important to them (such as their career and their competitive sports – whether they compete with themselves or others – they always are trying to be their best).

Pig Tiger and Chinese zodiac signs are considered to be ideal matches for each other. Both are natural leaders who excel both personally and professionally. Both tend to like to work hard and play hard (although Pigs may be more likely playing hard concerning partying a lot, whereas Tigers often are also into sports and other physically challenging activities as well). A Pig/Tiger couple should be trendy, which is excellent since both enjoy being around lots of people. The shared enjoyment of social activities makes a great start for a long-term relationship.

Pig & Tiger soulmates are also both hard workers who are dedicated. Their shared enthusiasm for succeeding in their careers will help them understand and identify each other. This is another great starting place for a healthy long-term relationship.

Once Pigs and Tiger set a goal, they both tend to stick with it. This is another positive. If you and your Tiger agree to commit to each other, they will be committed to a Pig with Tiger marriage. Tigers also can help Pigs by encouraging Pigs to be more physically active. Since Pigs tend to be less focused on this area, this can be a great aid to Pigs in staying healthy. Also, encourage your Tiger to remember to stretch and warm-up before any physical activity.

Because Tigers are constantly trying to improve, they sometimes are prone to injuries during sports. Warming up and cooling down properly will help them healthy. Pig & Tiger in love will benefit greatly from doing gentle aerobic exercise to keep both of you healthy. Make it a goal to let your Tiger encourage you to be more physically active and help your Tiger keep muscles lose by taking part in exercises like yoga or stretching together.

Typical Pig & Tiger personalities are very compatible with long-term relationships (and friendships and working relationships). Both tend to get along with others and be natural leaders. However, there are some differences that you will need to be mindful of.

First, the Tigers don’t open up easily. It will take a lot longer to attain Pig-Tiger trust, especially of a Tiger, than it might some other people. Be aware that things may need to start slow to have a happy long-term relationship.

Second, do not expect your Tiger to be romantic in a Pig and Tiger emotional compatibility. This doesn’t mean that your Tiger doesn’t care; it is just that they are more practical. This can lead to some issues. For example, when buying you a gift, your Tiger may buy you a convenient and useful gift. If your Tiger buys you a new lawnmower or dishwasher, please remember that it merely means that they knew you needed it.

They aren’t trying to suggest you need more time out in the yard or the kitchen. If you are expecting a lover, who will randomly leave you sweet notes around the house or take the time to find that perfect romantic touch, make sure you are comfortable with your Tiger’s personality.  Do that before committing to a Pig & Tiger relationship because this may not be in their makeup.

Your Tiger will sometimes overdo things in your Pig with Tiger marriage. Whereas you, like a Pig, may tend to overindulge, your Tiger is going to tend to be a workaholic. They are always trying to challenge themselves to get better. This can mean working too much or pushing too hard in the gym or on the sport’s field. Your Tiger is sometimes going to need rest. Make sure you understand that your Tiger will need downtimes that you don’t.

In Chinese Astrology, Pigs and Tigers are great partners. This doesn’t mean that there won’t be differences and challenges in the Pig Tiger relationship. However, a Pig and Tiger have personality tendencies that will help the process, assuming both partners agree to commit.

Pigs are much more open than Tigers, so getting a Tiger to open up, so you can get to know them before committing can be more challenging. However, once a Pig and Tiger commit to each other, they take the Pig and Tiger compatibility seriously and tend to make great partners. If you are a Pig, considering dating a Tiger, you should be very compatible. 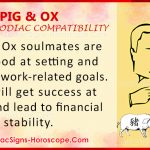 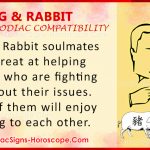