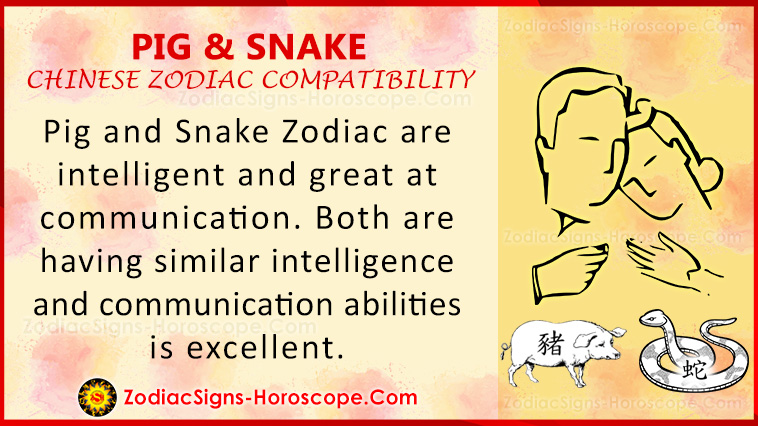 Pigs are people who were born during the lunar years of 1935, 1947, 1959, 1971, 1983, 1995, or 2007. Have you wondered whether a person born in the Year of the Snake might be an ideal romantic partner for you? Snakes are people born during the lunar years: 1929, 1941, 1953, 1965, 1977, 1989, and 2001. The lunar year does not start on January 1, the same as the Roman calendar does. So, if you were born early in the year, it is possible your lunar year may not be the same as the calendar year you were born in. Here is a tool so you can verify your Chinese Zodiac Sign (and the sign of your prospective significant other). Snakes are, in many ways, opposites to Pigs. The question is whether the old saying that opposites attract means that Pig and Snake compatibility is a good combination or not?

Pigs tend to go at everything they do with gusto. They will work hard at work and play. If you are looking for a friend who knows where to find all of the great parties, the best food, and the best beverages, a Pig would be an ideal companion. By the same token, if you are looking for a partner to work with you on an important project at work or school, a Pig is an ideal partner. This is because they tend to aim high and meet or exceed those goals even when in a Pig and Snake love compatibility.

Often, however, Pigs’ real strengths can be their downfall. They love to party and socialize, and sometimes that means that others can think that they are lazy. The reality is that they may be working hard, but focusing on the wrong things. If you are a Pig, you will want to make sure that one of your goals is to remain balanced and not to let either your work life or your social life get out of control. In other words, you need to learn to say no to things like parties, unhealthy foods, or excessive projects, for your health. This way, you can have time for your Pig Snake marriage.

Snakes are very different than Pigs. One thing that Pig and Snake Chinese zodiac signs have in common is that they both tend to be fairly intelligent. If you know a snake, you may find that person to be somewhat mysterious. Snakes tend to keep to themselves much more than others and are not particularly concerned about what others think. Like snakes, they are good at conversation, but they often don’t say very much. They are very wise and very determined.

Many snakes like to be secluded and don’t want others to get into their business. Snakes are found in careers where they can work alone because they prefer to work that way. Snakes tend to keep feelings in and only will share with friends that they trust a lot. Once they trust a friend, including in a Pig-Snake friendship, they may be a bit overbearing. This is because it is hard for them to make friends. Therefore, once they have one they trust, they expect a lot from the friendship. Snakes often get bored with things quickly, and they tend to change jobs frequently (and many will change fields repeatedly).

Snakes can also tend to be a bit focused more on getting nice things than on having a good Pig Snake relationship. They love to have difficult problems to solve, and are the happiest left to solve those problems without interference quietly. While, in theory, any couple can ultimately get along if both people agree to work hard at a relationship, a relationship between people with typical Pig and Snake traits would be complicated. Frankly, it’s not that likely to happen, because chances are, you as a Pig are not going to be hanging out with Snakes often.

Pigs may, on occasion, find themselves drawn to Snakes, who can be puzzling and mysterious. Pigs also tend to like the finer things in life, including Pig and Snake love compatibility. So, they may have nice clothing and look very nice. They are so different that Pigs can find themselves trying to understand what makes Snakes tick.

Snakes are much more disciplined than Pigs are in a Pig with Snake relationship. This can be very helpful to the Pig if the Pig is willing to take some cues from their partner. This can help the Pig not to spend excessive time on socialization and not to be too hedonistic in their lifestyle. Adding a bit of balance to a Pig’s life can be great regarding helping the Pig maintain a healthy diet and lifestyle.

Both Pigs and Snakes are intelligent and great at communication. Of course, having similar intelligence and communication abilities is excellent, but that’s not everything.

First of all, let’s face it. If you, like a Pig, meet a Snake, it most likely will be in passing. Where the typical Pig can be found at all of the best parties meeting all of the right people, etc., Snakes tend to be loners. While you, as a Pig, maybe off dancing and throwing a few backs, a Snake may spend their free time trying to solve life’s mysteries. That’s assuming they even have much free time since they tend to be extremely driven if they have a complex problem to solve. However, it is possible that a Snake has found themselves in a position where they need to be sociable, and that you somehow managed to meet them in your love compatibility.

You may find the Snake to be exotic and therefore alluring simply because you don’t understand him or her. A Snake’s personality trait is that they are good at communicating, but unlike you, they don’t like to say a lot. Despite your excellent communication skills, getting a Snake to open up to you can be a monumental task. You enjoy talking and socializing, and your Snake doesn’t work in your compatibility.

The typical Snake is concerned with their financial compatibility and trying to save up a lot of money to have nice things. If you are a Pig who wants to party every night, your Snake is not only going to want to stay home; your Snake is going to likely feel you are wasting valuable time and money and expect you to spend less money partying (and more time making money).

Snakes are often great thinkers. Therefore, if you were to enter into a Pig with Snake marriage, you would need to understand they need plenty of quiet time to think and ponder. You may want to chat about your day at work, but your Pig may be trying to figure out the solution to complex problems and may not want to talk. This may extend past working hours into different times of the day. They don’t think because they have to for work (which may be how you think of it as a Pig), but thinking is what they love to do.

Pigs and Snakes are both excellent and make many significant contributions to the world as a whole. But their personality types are different. So, they will not naturally be drawn to each other to a Pig & Snake compatibility. Of course, there are always exceptions. Any relationship can be useful if both partners are committed and willing to work hard to succeed. A Pig is outgoing and loves to socialize. 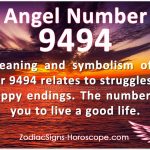 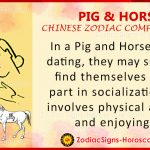