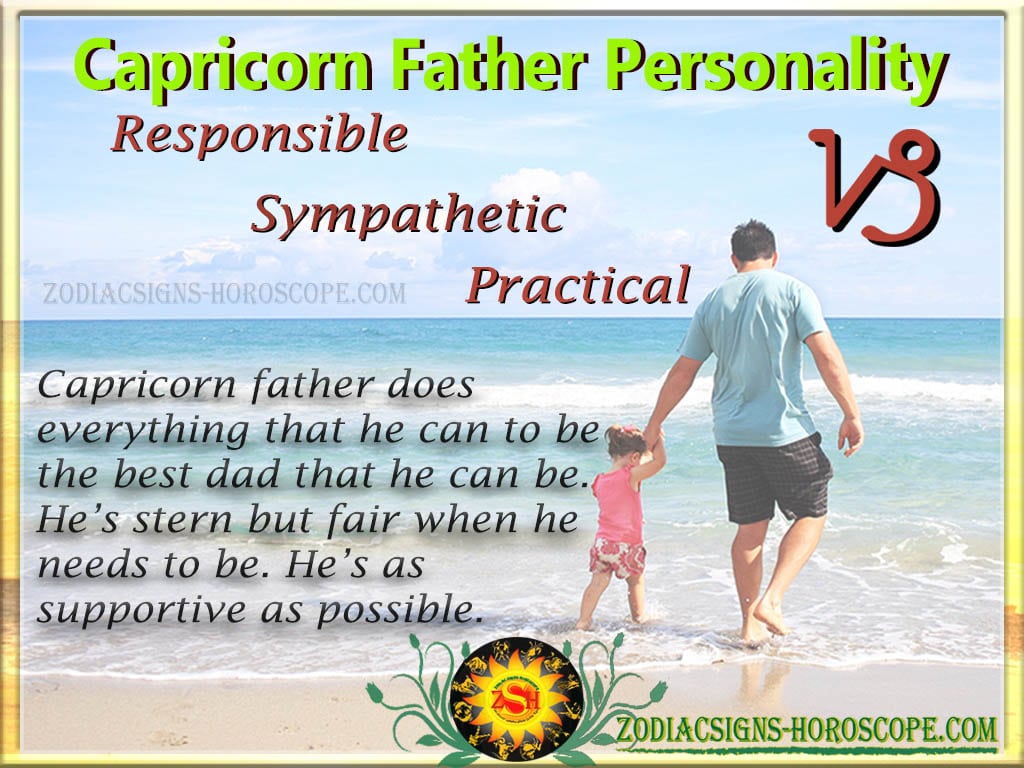 Capricorn men are soft-spoken and extremely hard working. They may take a while to find their perfect match and have children, but once they do they are sure to try their best to be the perfect father. The Capricorn father is responsible, loving, and kind. Any child who has a Capricorn Man as a father is sure to be very loved.

The Capricorn father will work hard so that he can take care of his family both financially and in any other way that he can. He wants to make sure that his family has everything they could ever need. He will do his best never to be late for any family events. The Capricorn man will always be there for his child, that’s a fact.

Capricorn men are extremely practical in everything that they do, especially once they are fathers. Practicality is one of his biggest aims when it comes to his parenting style.

The Capricorn man tries to keep his emotions out of things when he needs to make an important decision. When his children need to be disciplined, he will try to make fair decisions on what to do.

If he is feeling heated, he will take the time to cool down before he acts. He is not one to yell at his children. He is wonderful at staying level-headed.

Capricorn men are naturally both empathetic and sympathetic. They know that this is an important skill to have, especially when it comes to talking with their children.

Capricorn fathers know that it is important to communicate with their children well, even if they don’t always know the right way to do this.

Capricorn men don’t like to buy many things for themselves that they don’t actually need. They see this as being frivolous. Yet, at the same time, they are guilty of spoiling their children from time to time.

The Capricorn fathers love to reward their children with gifts when they do something like getting good grades on their report card or scoring the winning goal for their sports team.

Capricorn men can sometimes go a bit overboard when it comes to these sorts of things, but he feels as though it helps to encourage his children to succeed.

There’s nothing a Capricorn father wants more than to see his child be happy. He is sure to encourage his children to follow their passions. Of course, he would love his children to be practical and interested in the same things that he is, but he won’t be mad if they are not.

The Capricorn man will be in the stands cheering on his kid at a sports game, he’ll be in the audience at every band and choir concert, and he’ll show up to anything else that his child is doing. He wants to be there to support his children with whatever they love.

The Capricorn father is always there to help the Aries child when he or she needs assistance.

The Taurus child looks up to his father who is stubborn and considered the true pillar of society.

The Capricorn father and Gemini child are both hardworking, generous, and optimistic.

The Capricorn father helps the Cancer child in achieving self-confidence by giving him or her tasks that help build him or her up.

Leo radiates the sunlight he possesses to the Capricorn who in turn motivates him or her to be better in life.

The Virgo child is happy to support the Capricorn father when they are doing something together.

These two are both straight-forward with their dealings with people around them.

The Scorpio child has tremendous intuition and imagination, unlike the Capricorn father whose world exists in black and white.

The father teaches his child that life is the first thing to consider in all new ventures because without life than the said new ventures cannot be achieved.

The Capricorn child will be like the Capricorn father who is committed to his family more than anything else.

This pair consists of two completely different people, but they do everything possible to ensure that they are on the same side on some issues.

The Pisces child has a lot of imaginations that at times scare the Capricorn father. 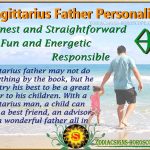