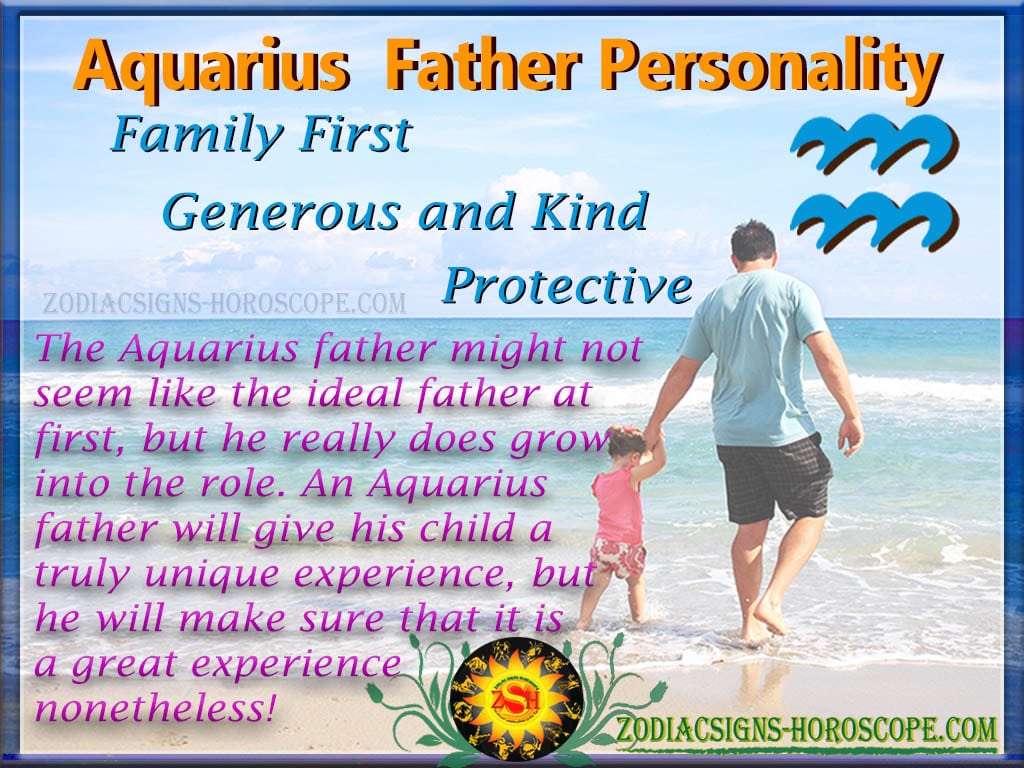 Aquarius men are always the life of the party. They love to adventure and try new things all of the time, but all of that changes once he becomes a father.  Aquarius father will still be playful and full of life, but he will direct this energy towards his family instead of towards the club. This man completely changes once he is a father, but he changes for the better.

Aquarius men are usually highly independent. They worry about themselves, and not much else. They try to accomplish their own life goals and travel around as much as possible.

Once the Aquarius father meets the right person, he may settle down or take him or her on his travels. Once he becomes a father, though, everything changes. He will stop focusing so much on himself and pour his whole life into his children. Aquarius dad wants to make sure that his family is as happy as possible. He will be totally unselfish so that he can give his family the life they deserve.

The Aquarius father cares deeply about his family, and especially about his children. He will do whatever he can to make sure that they are safe at all times. He isn’t the type of father to yell at his children, but he will yell at anyone who talks down to his child.

If anyone ever hurts his child, they will live to regret it. At times this dad might seem a little over-protective, but he is only doing what he thinks he has to to keep his family, and most importantly his children, safe.

Aquarius men are very easy going people. They love to talk to people and show them a good time. This part of his personality does not change when he becomes a father. Instead, he acts this way with these children as well. He loves to talk to his children to see how their day is going.

He’s the type of dad who will always ask how school was or if their child has anyone cute in their class. He wants to keep updated on everything that is going on in his child’s life. The Aquarius father is also one to give gifts to his children often, even if they didn’t do anything especially important to earn it. He loves to share what he has, making him a highly generous man.

What they really love to do is play outside with their children. Playing sports is one of their favorite things to do because they love competition. They also don’t mind playing a round of video games on a rainy day. The Aquarius fathers are great at keeping their children entertained.

The Aquarius father believes that every child has the potential to grow up to be something great. He could care less if his child grew up to be like him. Aquarius dads just want their children to grow up to be happy. He isn’t the type of dad to plan out which college his child will go to or anything like that.

The Aquarius man wants his children to find their path in life. However, he will be there to provide his child with guidance and advice when they need it. He wants to raise independent children, and he knows that he can do that by coddling them.

These two are both cheerful and hope to each other hence they have an awesome relationship.

The Taurus looks up to the Aquarius dad because he is hardworking, committed, and loves his family so much.

The Aquarius dad gives the Gemini child incredible plans for his or her future.

These two have a lot in common hence they enjoy each other’s company.

The Leo child shares the energy and determination of his father. They are one unit that is inseparable.

The Aquarius father is incredible and trustworthy hence the Virgo child feels secure to talk to him.

The Aquarius father does not tolerate laziness hence he keeps the Libra child on his or her feet.

The Scorpio child is optimistic by nature hence his father helps him in deriving the best out of everything he does to have a better future.

Even if the Sagittarius child behaves stupidly, the Aquarius father is always there to correct and put him in line.

These two love each other a lot because they are both honest, loving, and straightforward.

These two value honesty and independence in each other.

The Pisces child sees that the numerous ideas the Aquarius dad has are funny other than innovative.

The Aquarius father might not seem like the ideal father at first, but he really does grow into the role. An Aquarius father will give his child a truly unique experience, but he will make sure that it is a great experience nonetheless! 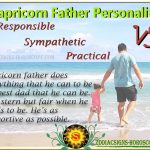 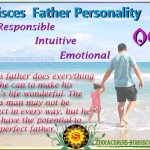