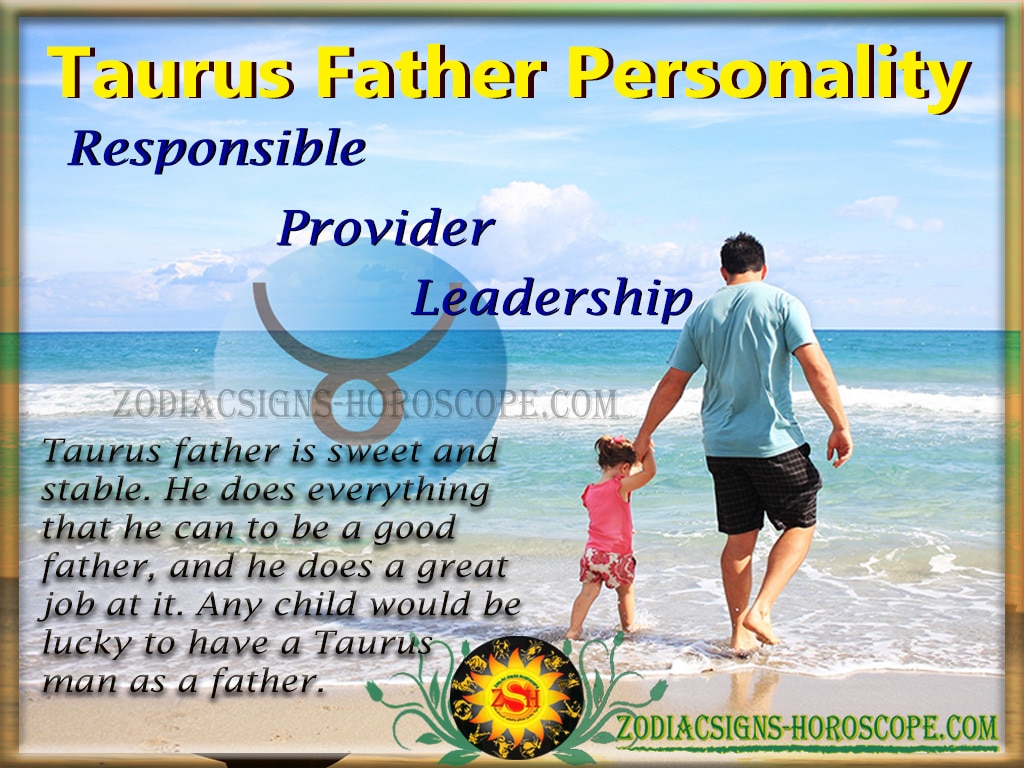 A Taurus father is already a highly family-oriented man even before he becomes a father. “Stability” might as well be the Taurus father’s middle name. He will do everything he can to make his children, and the rest of his family, as happy and safe as possible.

There’s hardly a man who is more responsible when it comes to family matters than a Taurus man. He knows that it is part of his job as a father to do everything that he can to take care of his children.

The Taurus father is willing to do everything that the mother of his child is willing to do. He can change as many diapers as he needs to, cook meals, and get his kids ready for school in the morning. He doesn’t let gender roles get in the way of him being a great father.

As well as doing things around the house to help out with his kids, the Taurus father does everything that he can at work so that he can afford to take care of his children. This is one area of his life that he applies gender roles to. If possible, he would love it if his wife didn’t need to work.

The Taurus dad will work long enough to make money for his family, but he won’t work so long that he never gets to see his family. He tries to balance out his work and home life, just working enough to support his home life.

The Taurus father wants to be someone who his children can look up to. Not all Taurus men are natural leaders in all areas of their lives, but they do try their best to be leaders to their children. This doesn’t mean that they are bossy to their kids or to their wives.

Instead, they want to teach their children life lessons, like the value of a dollar or how to be a good sport when they are playing with other kids. He wants to lead by example to make sure that his kids grow up to be respectful people.

Taurus men teach their children to be respectful, in part because they want to be respected. Every kid acts out of line every now and again, and a Taurus man knows how to deal with it.

The Taurus father doesn’t like to punish his kids, but he knows that it is better than letting them get away with everything. He does his best to hand out fair punishments when they are needed.

The Taurus father doesn’t go overboard with punishments, but he doesn’t spoil his children by letting them get away with trouble either. He is also unlikely to spoil his children with presents for no reason, but he will reward them if they win a sports game or get all A’s on their report card.

The Taurus dad wants his children to know that he loves them, and he’s not afraid to say it. He hopes that by doing this, that his children will grow up to be caring towards their loved ones as well.

The Aries child looks upon the Taurus father for guidance even though he or she is stubborn and rebellious.

The Taurus dad loves his children dearly hence he encourages the Taurus junior to work hard in life.

The Taurus man is kind hence he endeavors to provide the best life for the Gemini child.

The Taurus man is ready to do anything for the Cancer child since he loves him or her dearly.

The Taurus dad loves spending money on the Leo child. He will ensure that the child chooses everything he or she wants.

The Virgo child relies confidently on the Taurus father because he is consistent and integral.

The Libra child tends to be lazy, but his or her father ensures that he or she always has something to do.

The Scorpio child welcomes the love from his father since he or she appreciates emotional warmth and stability.

These two are different from each other, but they can get along if they want to because they both have a good heart.

These two are both sensible and practical. They also appreciate comfort and well-being.

The Taurus father is an orderly man, but he has to be receptive to change since the Aquarius child loves change.

The Taurus dad is devoted to his family, and this character intrigues the Pisces child. He or she looks upon his or her father with so much interest in what a good person he is.

The Taurus father is sweet and stable. He does everything that he can to be a good father, and he does a great job at it. Any child would be lucky to have a Taurus Man as a father. 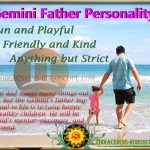