An Introduction to the Tibetan Astrology

The Tibetan Astrology is believed to have been coined from different traditions brought together. These other cultures that makeup Tibetan astrology are also as Chinese, Indian, and Buddhism. This astrology can further be classified into two distinct sections, including ‘Kartsi’ and ‘Naktsi.’

The latter has its origins in Chinese astrology, whereas the former has its roots based on Western or Indian astrology. So this implies that the animal signs present in this astrology cycle bear a resemblance to the Chinese animal signs. So the same case applies to the western astrology zodiac signs.

The Naming of the 12 Tibetan Zodiac Signs are as listed: 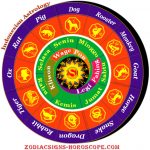