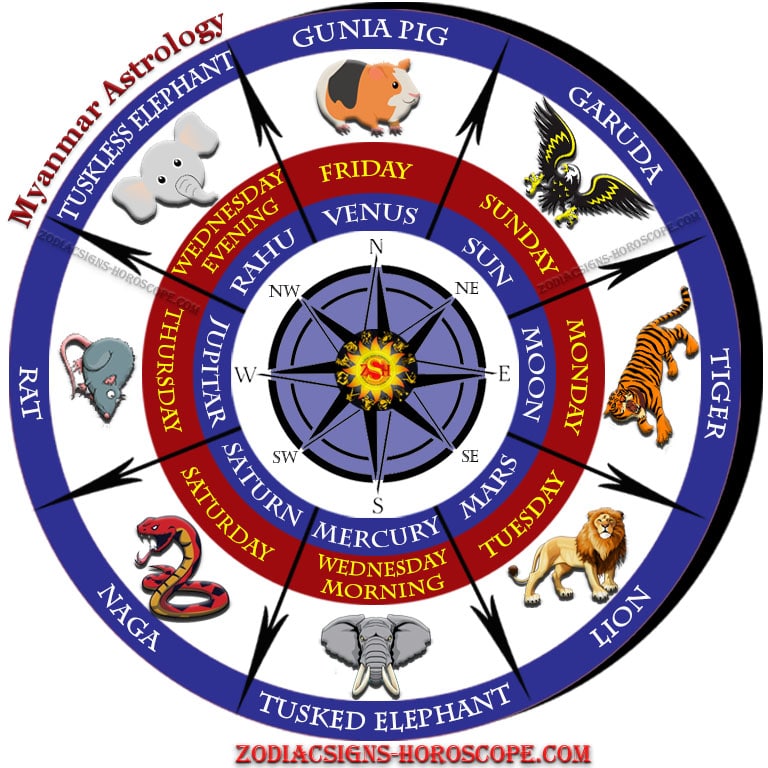 Introduction to the Burmese Astrology or Myanmar Astrology

Which zodiac sign do you belong to in the Burmese Astrology? The monks of Myanmar invented this astrology. This invention came about as a result of the understanding that the wise monks had with regard to the vast world. This knowledge was combined with what they interpreted from looking at the skies and animals around them. The Myanmar Astrology has got its deep beliefs on the figure/number: 8 (Eight). It is a sign of harmony.

The elements of this number 8 are as follows:

The Burmese Astrology 8 Animal Signs are as follows: