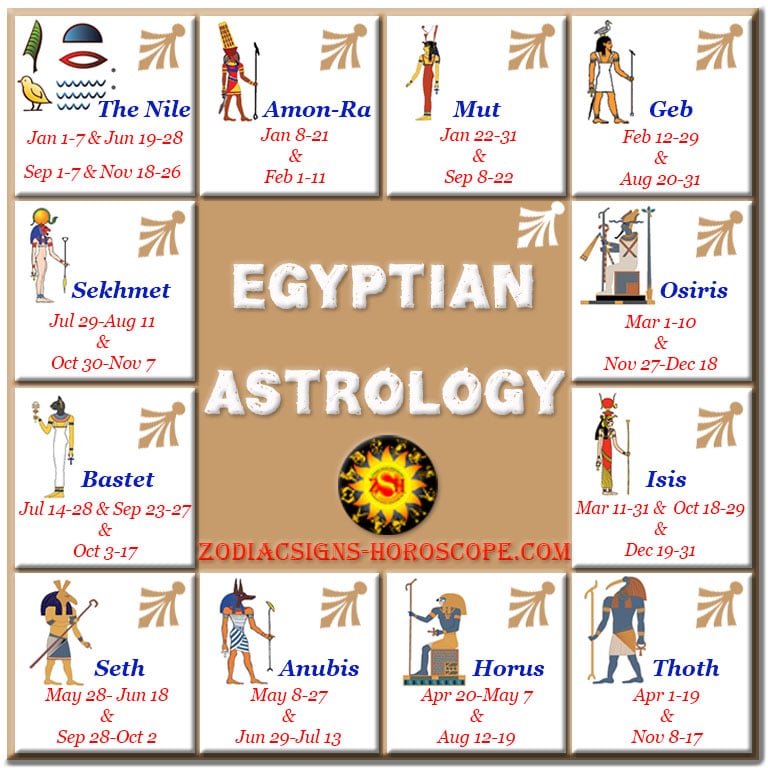 An Introduction to the Egyptian Astrology

Egyptian Astrology is something that was there since in time immemorial. Well, people did not understand this, but they depended on the stars to determine their fate and prospects. Elderly individuals gazed at the sky as they pursued advice, predictions, and knowledge. During this period, Egyptians had the experience that one’s fate and personality was determined by the star signs that they were born under.

Egyptian astrology is also composed of 12 Egyptian zodiac signs but they are completely different from Western astrology. It is worth pointing out that Egyptians have a sincere belief in the Gods. Hence, the various signs are based on the gods and goddesses of Egypt. These 12 zodiac signs and their dates are as follows: