Aries sexuality traits reveal that love and sex are both prominent aspects of life. One can be had without the other, and that’s why this whole article is about the sexual desires of Aries. The things in this article hold whether the Aries person is a man or a woman, straight or gay, having sex with a lifelong partner or hooking up with a stranger for the first time.

According to the sexuality traits, Aries people are energetic, exciting, determined, a bit aggressive at times, and full of life. All of these personality traits translate well into their sex lives.

Anyone who is with an Aries person, whether it is just for one night of passion or for a lifetime of love, is sure to have a great time. Aries people love to please themselves, and they are sure to please their partner in the process.

Sex is important for the signs, but what happens before an Aries person has sex is important, too. As per the Aries sexuality traits male and female, both of them love to have sex. They can be impulsive in many areas of their lives, and their sex life is no exception. Aries people love the thrill of impulsive sex.

Aries always need to have sex with strangers. They can be content in long-term sexual relationships, as long as things stay exciting. To keep the excitement, Aries people will often act quickly. There are usually two ways an Aries person goes about foreplay: being hard and passionate or avoiding it altogether and getting right to the point.

What they do will probably depend on who their partner is and how many times they have been with them before. As per the Aries sexuality forecast, when trying to impress, they are more likely to use foreplay. When in a committed, stable relationship, they may jump to it to make sex more exciting.

Luckily, Aries often please their partner while they are focusing on pleasing themselves. Aries people love to play the leader in both their work life, social life, and in their sex life. They prefer to be dominant, and on topmost of the time, so they will be the happiest when they are with someone who prefers to be submissive or on the bottom.

According to Aries love compatibility, sex with Aries people is energetic and passionate. If a person can’t keep up with an Aries person, things are not likely to last long with them.

Among the zodiac signs, Aries is one of the kinkier signs. They will get bored easily if they only have “vanilla” or plain sex. They like to mix things up and keep things fresh and exciting. These people don’t constantly need new partners to be happy, but they do need to keep trying new things to be content in their sex lives.

Aries people love to be dominant in the bedroom, and they can sometimes be a bit aggressive because of this. Sometimes Aries play this off as being sexy, but some may just be abusive. People in relationships with Aries need to understand this difference if they want to have a healthy relationship.

The Aries sexuality facts show that when being aggressive in a sexy way, Aries will often have sex a little rougher than the other signs do. They may also be into bondage or other kinks that make them more dominant and their partner more submissive. An Aries will sometimes act submissive to mix things up, but for the most part, they will be happiest when they are in charge.

Aries loves to have sex, but that doesn’t mean that sex with every sign is going to be great. Some zodiac partners are just better for Aries than others.

Aries people are sure to have a great sex life when they are with another Aries person. Their energy will help to drive each other to try new and creative things. It may be difficult at times because both people will want to be in charge, but they can learn to make it work.

An Aries person should not expect much from a Taurus person in the bedroom. They like to take things slow and steady, and they can’t keep up with an Aries person. However, their submissive attitude may be seen as attractive at times.

Gemini people love to have a good time. They are highly creative people, which can help to entertain an Aries person. As per the Aries sex drive, together, they can have a passionate sexual relationship full of energy and some kinks.

Cancer people are okay in bed when they are with Aries people. They aren’t the worst partner, but they aren’t the best, either. They tend to be submissive, and an Aries person will love knowing that they can do just about anything they want to with them.

When Aries and Leo get together for sex, it is sure to be electric. Leo is insanely creative and just as energetic as an Aries person. However, Leo people also love to be in charge, so this dynamic pair will need to learn how to take turns.

Virgo people may not seem like they’d make a good match for Aries, but when it comes to sex, they are nearly perfect for each other. Virgos tend to be submissive, which leaves Aries to be in charge as often as they want. Although they look tame, Virgos can also add some passion to the bedroom as well.

Libra people like to be dominant at times, and submissive at other times. Sometimes they feel kinky, and other times they want plain vanilla sex. All in all, Libra people make good sometimes partners for Aries, but an Aries would likely get bored to sleep with Libra people all of the time.

Scorpio people are some of the most passionate out there. They are also creative, and they don’t mind playing the submissive or trying out new kinks. Based on the Aries compatibility in sex, they can make for a great sexual partner for Aries people.

Sagittarius people are creative and carefree as anyone could be. They are not shy about hooking up and pushing sex to the limits, which an Aries person is sure to find attractive. These two will make a great pair, whether they are having a fling or a serious relationship together.

Capricorn people are not so creative by themselves, so they do not come up with many of their ideas. However, they are willing to try new things if someone else thinks of something fun to do, and Aries people almost always have something new on their mind.

Pisces people are more romantic than sexual, but they still know how to be passionate in bed. They will love to try new things, but they aren’t usually the type to want to have sex as often as an Aries person will want to.

The zodiac sexual compatibility shows that Aries people lead an exciting sex life, and only those with enough energy and creativity will be able to keep up. Anyone who sleeps with an Aries person, whether it only happens once or a hundred times, is sure to be in for a good time. 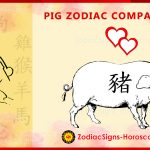