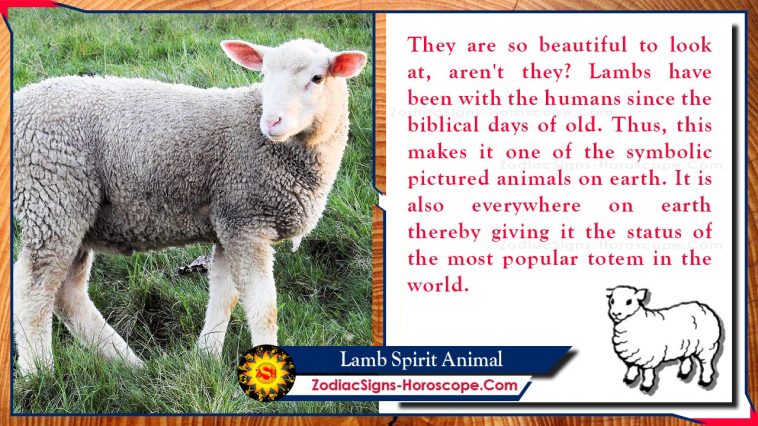 The Lamb spirit animal is one of the animal totems that signify the pure innocent and the vulnerable side of human nature. By encountering the lamb, whether it is in the divine world or the physical one, your innocence is depicted. Also, Baby Sheep is one of the animals that usually have an association with conformity to authorities. One can also say that the lamb can have an association with traits like tranquility, dignity, integrity, and even kindness.

Description of the Lamb / Baby Sheep

The lamb’s picture is one of a gentle nature. It is one of the longest domesticated animals on earth. It also has the attributes of purity, tranquility, and togetherness. Some believe that the lamb has signs of stupidity. However, they also have many other attributes that overshadow such negligible thoughts.

If the lamb is one spirit animal, they are then considered one of the luckiest. This is because the lamb is deemed to be one of the closest animal totems to the divine world. Moreover, the lamb spirit animal means to its believers that they are in total sync with the spirit world, and they should share such with their friends and family members.

Picture the innocence of a pure white lamb. They are so beautiful to look at, aren’t they? Lambs have been with humans since the biblical days of old. Thus, this makes it one of the symbolic pictured animals on earth. It is also everywhere on earth, thereby giving it the status of the most popular spirit animal in the world. Here are some of the symbolic gestures of the lamb spirit guide.

Lamb: The Symbol of Compliance

Lambs are very compliant and fearful. Although sometimes they get out of line, they are easy to tame. They, however, have such a docile nature that makes them the best domestic animals. The symbolic meaning here means that the lamb has respect for their masters.

This is one of the traits that if manifests properly in one, they can reach high grounds. Thereby, one does not have the responsibility of looking after anything. Like sheep, they instead follow than lead. However, developing in this sense is not a negative trait. One only decides to follow because they have the utmost respect for the leader that they have. Furthermore, this also means that they know to whom their true loyalties lay.

Lamb: The Symbol of Tranquility

Lambs are some of the calmest of all the animals today. Also, their gentle nature has an attribute to the divine world. Moreover, the symbol of sheep is in use by many organizations and cultures to promote a sense of peace. They seldom attack people, but that does not mean that one should be willing to offend them.

One should emulate the simplicity of the lambs in their life by following the teaching of the lamb spirit animal. Thereby, they can live in harmony with their neighbors and family members. Although, that does not mean that they should also let people walk over them. They have the right to stand up for themselves if they feel oppressed by any situation.

Lamb: The Symbol of Unity

The lamb is a unique animal. They always love the company of other sheep, thus flock together all the time. Through such grouping, the sheep gain collective potency to protect themselves by adapting to their environment.

If one is always in the company of supportive friends and family members, they can manage to conquer anything. They can also avoid falling victim to unnecessary situations. The need for grouping can also be detrimental because one can lack the use of individuality. This means that the group usually influences most of the decisions they make.

Lamb: The Symbol of Regeneration or Healing

The lamb spirit animal has the symbol of regeneration as well. It points towards the ability of one to realize their limits of pain and suffering. When one can recognize that they cannot be able to conquer their pain alone, they can rely on their group to help. The group here can mean family members and even friends. The lamb spirit animal is, therefore, pointing to one not to fear to rely on a support system to make the work easier.

In many religious cultures, the symbol of lamb has given meaning to many spiritual practices. Some of these practices include sacrifices. Egyptian astrologers suggest that sheep were one of the gods. Many were worshiping them because they were able to provide food and clothing to most people. Some lambs were even laid next to the mummies to help them provide for the kings in the afterlife.

Even Jesus Christ made the point to compare himself to the lamb. Through such comments, the value of the lamb in the Christian religion is shot through the roof. This is because Christians believe that Jesus was the son of God. Thereby, by comparing himself to the lamb, His traits of pureness are manifested in the lamb. 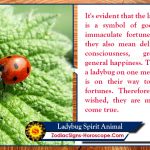 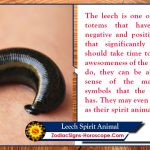