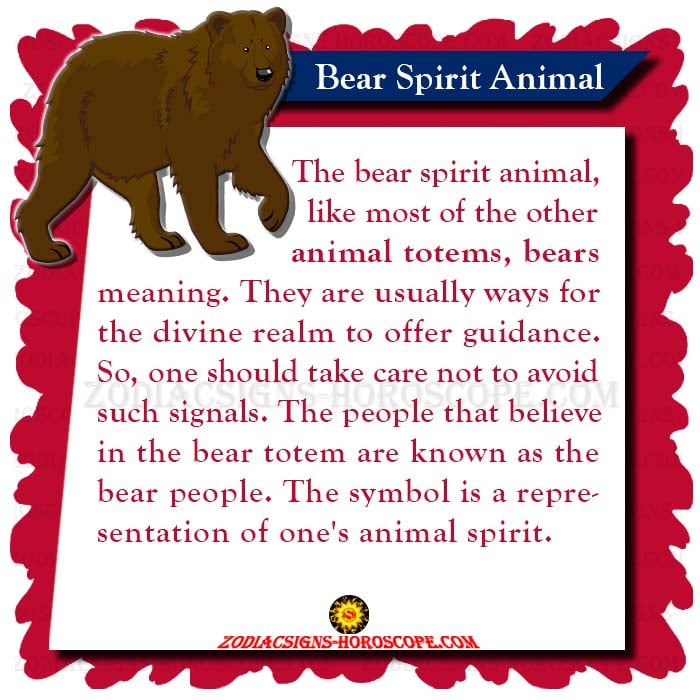 A Complete Guide to the Bear Spirit Animal

The bear spirit animal, like most of the other animal totems, bears meaning. They are usually ways for the divine realm to offer guidance. So, one should take care not to avoid such signals. The people that believe in the bear totem are known as the bear people. The symbol is a representation of one’s animal spirit.

The animal spirit is one animal that shares so many similarities. The similarities are the traits that both the bear and the bear people have in common. These traits are in the form of symbols that portray the bear’s characters. Therefore, the symbols are what we emulate to help us have guidance in life.

There are many species of the bear family. They range from black, brown, and white bears. Each of the bears likes to stay in a specific environment that they want. They are magnificent animals and have quite a roar. The mother bear is usually aggressive towards keeping her cubs safe. Therefore, they will attack anything that poses a threat to her family.

The bears also have a furry coat that helps insulate them from the cold weather. Also, they have the norm of hibernating during the cold seasons in their dens. However, they usually scavenge for food all over their territory and keep it for winter. The bears are also protective of their personal space. They don’t take kindly to other animals or bears that want to threaten their peace.

Meaning of the Bear Totem

What does the bear spirit animal mean? The ordinary meaning of the bear spirit animal is introspection or soul searching. Hence, the bear people, before applying the teachings of the bear totem, have to sync with their inner sides. This means that they need to be at peace with themselves. Therefore, the bear meaning lets one know that they are free to go anywhere or do anything. Moreover, one should take an in-depth look into their hearts’ desires to find their way.

What does a spirit bear symbolize? The significance of the Bear Spirit Animal is to let one know that they are free to roam the earth. They can do so without worry because they do not have to answer to anyone. They are apex predators and live as such. Also, the bear totem has been in use for a long time. Some have had the opportunity to worship the bear. Some of the bear’s main symbols are:

As an animal spirit, the bear resonates with a powerful sense of guidance in one’s times of hardship. The bear totem and the symbol of strength give one the courage to continue fighting. They then have to believe in their dreams and continue to fight for their beliefs regardless.

The Bear Spirit Animal gives one the courage to have leadership abilities. This is because the bear itself is never subordinate to other animals. They rule their domain with confidence. This manifests into the bear people, and they portray it in their lives. The bear totem displays its energy into the bear people so that they can also lead others. Therefore, they always make good leaders.

The bear is one animal that never shows fear. Besides, they have few enemies that can challenge their authority over their domain. The only ones that can attempt such madness is another bear. So, the bear that is protecting its area will have to fight. They usually fend off such attacks with courage. The bears never step down, not unless they are dead or too injured to move.

This is one of the positive traits that the bear people also have. They like their personal space and don’t enjoy sharing. Therefore, they will fight for what is theirs with a lot of courage regardless of the opponent. They never care if they win or lose. The bear people will give one a fight to show who is boss.

Symbolic Meaning of the Bear Dream

The bears, also like many of the totemic animals, have dreams. The bear symbolism in dreams is sent to us by the celestial world with the primary purpose of guiding us. However, dreams and visions are ways that the heavenly being can effectively communicate with us. So, if one receives a dream about a bear, they should know that the divine realm is passing a message.

What does it mean if you dream of a bear? The primary meaning of the bear dream is the opportune moment to navigate through your mind. If one by any means stagnates with one idea in their mind, they lose focus of the real world. This may be because they somehow let another person think for them. However, one can always lean back and take a fresh perspective on things. They have to do what makes them happy and follow the right path for them.

What does seeing a bear in your dream mean? Another interpretation of the dream comes in the form of the bear’s color. If you dream of the brown bear, it shows that one should be generous. The bear people then have to give out some of the comforts to those who lack. However, if dreams of the aggressive black grizzly bear, they will go through some turbulent times ahead. Alternatively, the grizzly idea can bear the meaning of natural disasters like an earthquake.

Furthermore, if one sees the bear cub in their dream, one needs to sync with their youthful side. Most of the time, connections to one’s soft side mean they need to heal old wounds. Therefore, one should try not to ignore this message. They have to deal with their past to be able to move on.

The bear spirit animal, like all the other totems, bears meaning and guidance from the spiritual world. This animal totem resonates with a powerful sense of direction in one’s times of hardship. Bear spirit animal and the symbol of strength give one the courage to continue fighting. Therefore one should pay attention to all its teaching to get the most out of them. 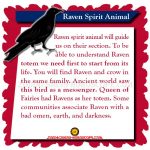