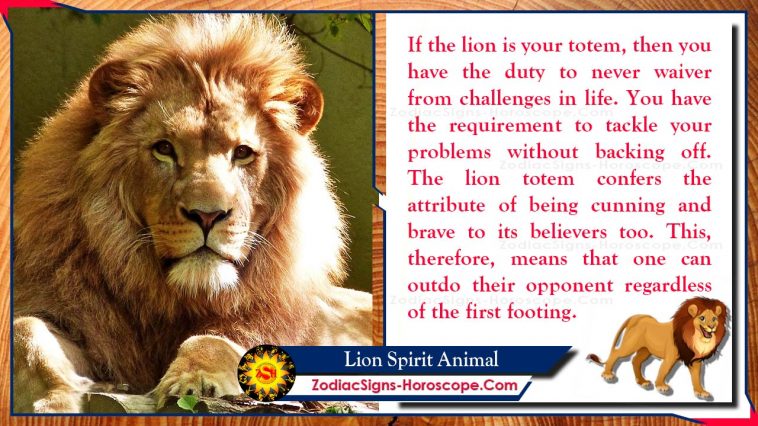 The lion spirit animal, like many other animal totems, bears meaning to humans in the form attributes. If the lion is your animal spirit, then you should consider yourself lucky. Besides, the lion has so many beautiful characteristics to offer. Most of the attributes too are positive and seek to build up the confidence of its believer. Also, it is never wise to dismiss the message from the lion spirit animal or animal totem, because you risk the chance of missing out on fortunes big time.

The lion is one of the many land animals that are indigenous to the eastern parts of the world. They are a majestic creature and have the roar of thunder. Most of them roam the great vast parks of Africa. The scientific name of the lion is Panthera Leo. The lion is also considered the king of the forest in Africa. Therefore, having the lion as a spirit animal has many unique advantages.

Meaning of the Lion Spirit Animal

If the lion is your spirit animal, then you have the duty to never waiver from challenges in life. You have the requirement to tackle your problems without backing off. The lion power animal confers the attribute of being cunning and brave to its believers too. This, therefore, means that one can outdo their opponent regardless of the first footing.

The people that belong to the lion spirit animal are usually wild but with a lionheart. Hence, they possess the ability to stay calm and observe their desire keenly, waiting for the opportune time to strike. So, when the time comes for them to go for what they want they can easily conquer it effortlessly.

Again, the lion people can be some of the best leaders in the world. They resonate that energy of respect amongst their co-workers. Also, when they speak, people tend to listen because they have that commanding voice. They also possess the significant pride that they are willing to do anything to protect. If one tries to hurt their arrogance, they usually met natural responses to keep such a person in line.

The lion spirit animal, like many other animal totems, has so many symbolic meanings; most of them are positive. They also help to guide the people of the lion totem in their day to day lives. Here are some of the symbols and their meaning:

Lion: Symbol of Courage and Tenacity

The lion spirit animal depicts the symbol of courage to its members. Also, the lion is one land animal that most people revere. The lion is thought to be the most courageous of the cat family. This trait is visible in the way that it tackles its prey. They usually don’t care how big or dangerous the victim may be. If hungry, the lion shall eat regardless of the prey’s significance.

The members of the lion totem also are brave. They tend to go after what they want and take it. When a member of the lion totem comes to take your company, for example, they will kick you out. It will not matter how much resources you deploy to fight them.

The lion is one of the land animals that coexist in groupings. Their groping, in this case, is a pride. The male lion is always at the head of this pride, and its job is to lead and protect its family. The male lion usually helps in the hunt but not all the time though. It is the female that synchronizes and hunt the game.

The male lion only goes out if the game they are to capture is too big, like a buffalo or an elephant. This trait shows good signs of leadership and involvement. The lion also tends to keep away other male lions that may be a threat to its position as the leader of the pride.

Symbolic Meaning of the Lion Dream

Are you seeing a Lion in your dreams?

Most of the people usually have the dream that a lion is chasing them. The vision has the interpretation of challenges that one is experiencing at the time of the concept in real life. The dream also has an analysis of the anger that you harbor against someone or some idea in specific.

Furthermore, the dream of being given chase by the lion also represents the possibilities of one continually struggling with their emotions. This usually happens if someone is being mean to you all the time. Thus, the dream is trying to tell you to stand up for yourself with the same courage as the lion does. Therefore one should not ignore the message of the goal.

Since they are a member of the lion spirit animal, they can easily stand up for themselves. Moreover, they can give their opponent a hell of a fight. It does not matter if they lose, but they will have proven the point of being left alone. Hence, their pride shall remain intact.

The lion dream can also appear to inform of the lioness. When one sees the lioness in their vision, they receive the symbol of femininity. This also means that one can go overboard to protect their interests. The lioness is also a symbol of tenacity, victory, hope, and stamina.

The lion spirit animal is one of the land animal totems. Also, members of the lion totems, have similar traits to the lion. They are courageous amongst many other traits. Moreover, they also tend to go for leadership positions as it is befitting their character. They are protective of friends and family members against all threats. Furthermore, a fight with a member of the lion spirit guide is useless because they always tend to win in the end. 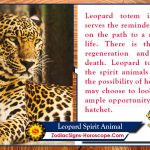 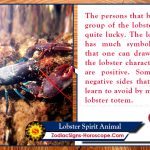