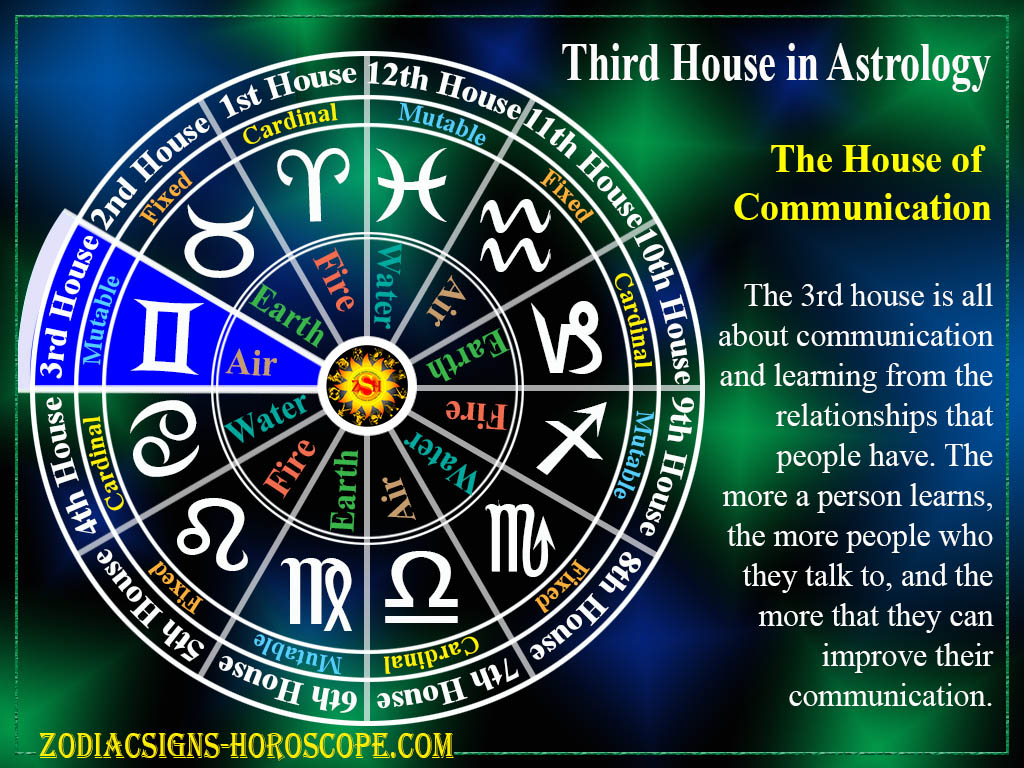 Third House – All about the 3rd House in Astrology

Which is the third house in astrology? There are 12 astrological houses that all take up an equal amount of the night sky. These twelve houses including the third house, all affect the zodiac signs in different ways on their own, but their influence can also be changed slightly depending on if a planet is in that house. While this may sound a little complicating, this article is here to make it easier to understand.

Meaning of the Third House

What is my 3rd house in astrology? The third house is the house of communication, in every form that it takes, and the information that can be gained through communication. As far as the second house is concerned, everything from talking in-person to e-mails, texting, calling, and even reading or writing counts as communication.

The people who a person communicates with and the relationship that they share are all a part of their communicative environment. This group includes family members, friends, teachers or bosses, coworkers, and acquaintances. Relationships with people like cashiers or people who do not provide you with any information, valuable or not, are not a great concern of the third house.

What can be learned through communication with others is also important when discussing the third house in astrology. Small parts of knowledge, even gossip are important in the third house. However, larger bits of information, like things that people need to study to understand is more concerned with the ninth house than the 3rd house.

Planets in the Third House

The sun in the 3rd house astrology focuses on communication, both in person, over the phone, or written communication. A person may be more likely to be concerned with the world as a whole, but they will only act on it in small ways, like picking up cans in their hometown rather than encouraging a nationwide recycling campaign.

People are also likely to want to learn more in general. Those who can learn easily will be pleased, but those who feel as though they cannot learn enough will become disappointed.

According to the 3rd house meaning, the moon in this house deals more with a person’s feelings about their relationships rather than how a person communicates with others.

Many people will try to understand how their relationships got as far as they did and what they can do to learn more from the people they communicate with.

Mercury is the third house’s ruling planet. The effects of the third house may feel more present when Mercury is in this house. During this house, a person is likely to try to learn as much as they can from their current relationships, but they may not try to learn much from the way that they communicate, and many people will not go out of their way to communicate with new people.

People who learn many things when Mercury is in the 3rd house are likely to have higher self-esteem than those who do not learn much during this time.

A person’s self-esteem is likely to be determined by how well they can improve their own skills. A person with improved skills is likely to be happier with themselves than a person who has not improved at all.

As per the meaning of the third house, Mars revolves around the way a person communicates and the messages that they are trying to send as they communicate. A person is likely to become more self-aware about the way that they speak when Mars is in the 3rd house.

Most people may try to improve their communication skills in general, while others will take the time to become more aggressive so that they can get what they want. A person who manages to improve their skills will be happier than someone who does not.

When Jupiter is in the 3rd house in astrology, people are likely to focus on who they communicate with and how they do it. Many people will put more thought into how their actions and words affect their relationships during this time. Some people may try to sound like they are smarter than they are to get attention.

However, this can backfire if they do it with the wrong audience or if they use certain words wrong. Others are bound to judge a person based on how they speak. Many people may seek to improve themselves when they don’t actually need to.

Saturn in the third house brings the focus into daily communication habits, rather than a big picture look at communication habits. Close relationships, like those between family members and authority figures, are likely to focus on during this time.

Other relationships will not have much pressure put on them during this time. A person is likely to try to learn something more from the people with who they are communicating. The easier they can learn new things, the happier they are likely to be in their relationships.

Either way, their main goal is to learn something more from communicating than they were learning before Uranus was in the third house. People are likely to crave for closer relationships with others as well.

They may be willing to trade learning new things for getting to know someone better instead. Either goal, if completed, will make the person in question happy.

According to the 3rd house meaning, Neptune in this house encourages people to try to be more creative when it comes to the way that they communicate with others.

People may try to better the way that they communicate, or they might just try to communicate in a different way than they will use during this time.

Pluto in the meaning of the 3rd house urges people to have a deeper relationship with those around them. To do this, a person may feel the need to learn more about communicating effectively, or they may instead try to learn more from the person with who they are communicating.

The 3rd house is all about communication and learning from the relationships that people have. The more a person learns, the more people who they talk to, and the more that they can improve their communication, the happier that they will be while their sign is in the third house. 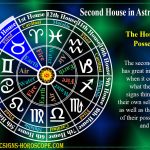 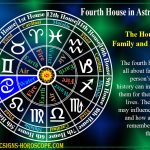