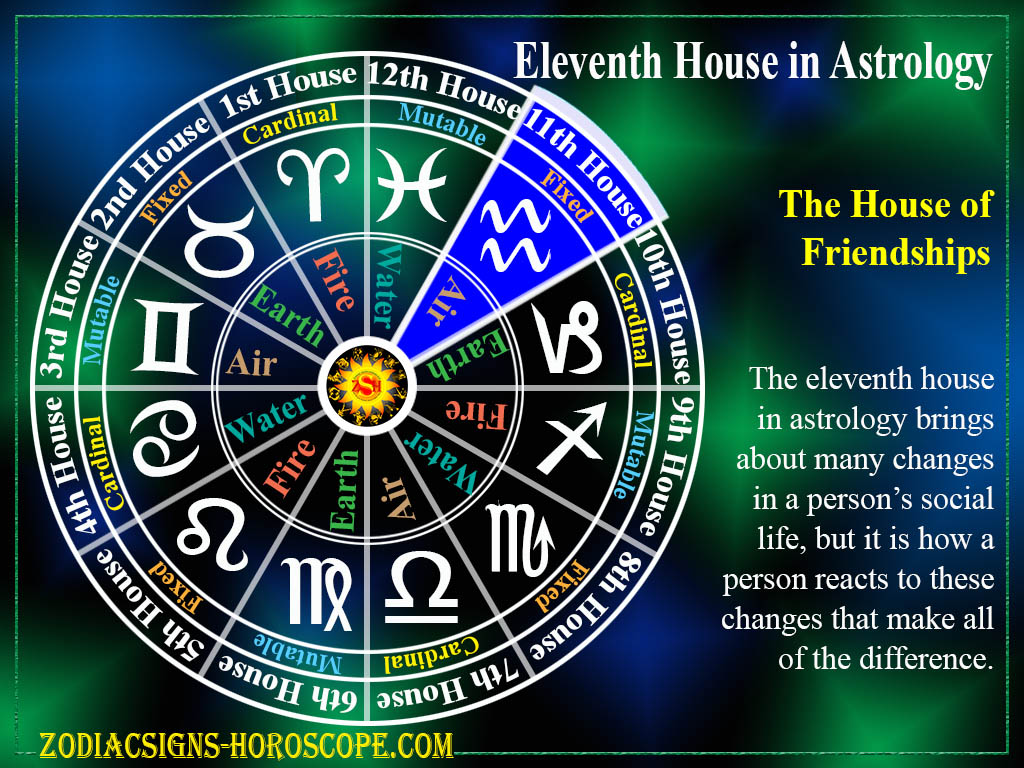 Eleventh House – All about the 11th House in Astrology

Twelve astrological houses play an essential part in astrology. Each house symbolizes one aspect of human life, either thought that every person has or actions that everyone must take in their lifetime. These houses, including the eleventh house, affect the 12 zodiac signs in the same way, although individual people are likely to react differently.

The planets that go through the houses are also likely to affect a person’s horoscope, focusing it on one of the house’s elements.

Meaning of the Eleventh House

Based on the eleventh house meaning, a person’s function in a group will likely become important to them when their sign is in this house; whatever they have for their group will be their focus.

The Planets in the Eleventh House

The sun in the eleventh house encourages people to focus on their goals. These can be personal goals to improve themselves or larger goals that can improve a group they are in. Whether personal goals or group goals are in focus, a person is likely to share their goals with others.

They may not be looking for help on their goals, but they will accept it if it is offered. People are likely to lose track of themselves if their intentions are group-oriented, but losing track of a group is not expected to happen if their goals are personal.

The eleventh house meaning shows that the more fun a person is having in a group, the more likely they are to make friends. People are not looking to cause severe or profound connections during this time. They will be much happier to have simple friendships. Being around upset people will only make a sign unhappy.

According to the eleventh house horoscope, Mercury in this house makes a person want to improve themselves somehow, and sometimes this improvement may come through working more with their group. A person will love to learn new things during this time, prompting them to join a new group.

If a person cannot find something new that they want to learn, they may instead decide to join a group to act as a teacher. The more mentally stimulated a person is during this time, the happier they will be.

In the eleventh house in astrology, Venus focuses on love and how it can be shared with friends or within groups. A person is likely to feel extra friendly during this time, prompting them to do what they can to make others feel loved.

According to the eleventh house predictions, the more social a person is during this time, the better they are likely to feel. However, if a person socializes too much with a person who disagrees with them often or who is just in a bad mood most of the time, their conversations with them will be more likely to put them in a bad mood rather than a good one.

This can help make the group more accommodating to fit their needs or create a hostile environment inside the group. Either way, one person’s actions could change the whole idea that a group works, at least for a small amount of time.

The eleventh house’s meaning shows that Jupiter in this house is likely to encourage a person to focus on any spiritual or religious groups that they are already a part of. If a person is not a part of one of these groups, they may feel inclined to join one, or they may instead look towards a friend to talk to about any feelings they may be having that relates to the topic.

Even if a person does not feel especially spiritual, they will still be likely to do what they can to help others in need. This planet brings out the helping and kind nature of people in the eleventh house.

This could slightly complicate their feelings for the group or their friends, depending on how much thought a person puts into it. Overall, the better they get along with the people in their group, the happier they will be.

Uranus in the eleventh house in astrology is likely to bring change to a person’s life. A person will want to impress their friends and group members in one way or another. Some people are likely to try to use their group to complete some of their life goals, or they may change some of their goals to match up with the groups’ purposes.

The more people who help with a person’s goals, the more successful a person will feel in the 11th house. Also, getting help on their goal will make it easier for them to complete their goal sooner than they would have on their own.

Neptune in the 11th house makes a person more sensitive to their relationships. A person is likely to base many of their goals on the things that their group or friends agree with to keep the bond between them strong. The more included a person feels within a group or in their circle of friends, the happier they are.

According to the eleventh house facts, Pluto in this house brings changes in friendships or groups. These changes can be good or bad, but the truth is that the changes can be made better or worse, depending on how a person reacts to the change.

The eleventh house in astrology brings about many changes in a person’s social life, but how a person reacts to these changes makes all of the difference.

A person may change their goals to fit a group or change groups to meet their goals. Either way, the eleventh house is sure to change a person’s life. It is up to the person whether these changes will affect them for better or for worse. 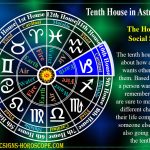 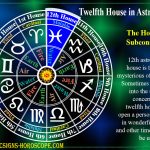