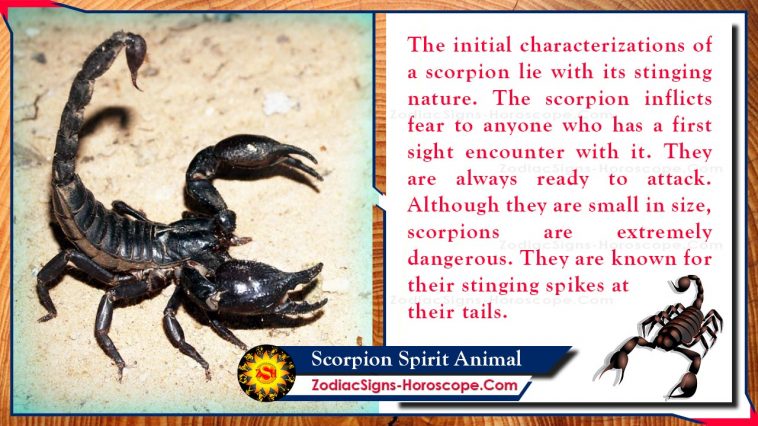 Scorpions are dangerous insects. They live in mountainous and sand areas. They are known for their stinging spikes at their tails. Scorpions have very dangerous venom in their sting. Their poison paralyzes their prey instantly. Scorpions attack for protection or food. We will discuss the meaning, messages, and symbolism of the Scorpion spirit animal in this article.

Meaning of the Scorpion Spirit Animal

The initial characterizations of a scorpion lie with its stinging nature. The scorpion inflicts fear to anyone who has a first sight encounter with it. They are always ready to attack. Although they are small in size, scorpions are extremely dangerous. It will be the guidelines for our discussion. We will be associating the scorpion’s behaviors and their symbolism to a spirit animal. We shall begin with the messages from a scorpion spirit animal.

Messages from a Scorpion Spirit Animal

Fear from the outward appearance of a scorpion symbolizes a warning. Scorpion spirit animal warns you against your actions. This animal can appear in your dreams to advise you. When you are about to make a decision that will bring pain, this spirit animal may look. You need to be keen and understand the message passed. When you have an encounter with this spirit animal, you should receive a warning.

Scorpions are accurate and precise when attacking. This spirit animal wants us to acquire precision in whatever we do. Don’t play blind in life. Always be focused. Know when to make a move. Seek the spirit of a scorpion spirit animal whenever you’re confused. Success in life depends heavily on your actions.

Scorpion animal totems also communicate betrayal. This totem warns you to be careful with the ones you relate with in life. Scorpion s is always ready to attack no matter what. People having is totem usually protect themselves from any form of betrayal. Your close friend can be the one wishing you bad. Keep your plans secret and study people around you. Don’t share your ideas with anyone. Just dedicate them to God.

Finding light in the darkness

Scorpion’s spirit animal also encourages us to convert our failure to success. To excel where others don’t. To always develop a positive changer mechanism in life. When in darkness, seek the guidance of the scorpion totem.

Scorpions have a habit of protecting the ones he loves. After giving birth, a Scorpion carries the kids on the back. It nurtures the young ones until when the spike will develop. Scorpion’s spirit animal teaches us on guardianship skills.

Scorpion spirit animal warns us about being over defensive. People associated with this totem can defend even those in the wrong as long as they are their loved ones. It might be a bad quality as it might come back to you. Scorpion appears to warn us about our protective moves. We should correct the ones on the wrong but not defend them.

The Symbolism of Scorpion Spirit Animal

The scorpion spirit animal symbolizes an attack. It is a warning about something wrong coming your way. This totem wants us to prepare for the worst. Either way, it also forms a defensive shield. Your understanding of this will depend on your current situation.

Scorpions dominated in their territories. They attack anyone coming close to them. Scorpions only relate to themselves. Scorpion is a symbol of dominance. It encourages you to take charge of your surroundings. Keep of this who wants to cause harm and pain to you.

Scorpion detaches from their young ones once they become fully developed. It is not a temporary detachment but a permanent one. Scorpions enjoy their own company. It can come to you as a warning or a message. The scorpion might be warning you about distancing yourself from others. Scorpion might also be communicated to you to avoid too much advice that influences your life. The scorpion wants you to have a balance in your relationships with others.

Scorpion spirit animal associated with lousy omen or death. The appearance of this creature means a terrible omen. Some communities like the Egyptian associate it with Evil. It is a sign of an unfortunate occurrence.

Scorpions were also symbolically in the ancient world. Most of the older people associate scorpion spirit animals with magic. Dark magic, to be precise. This article has managed to highlight both the positive and negative symbolism of the scorpion. 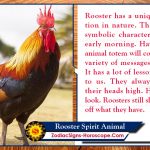 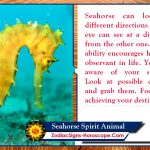