As it is now called, Egypt has the most incredible privilege of being quoted in the Old Testament as part of the then happenings that took part here. In ancient Egypt, men and women were all treated equally. It was commonplace to find women participating in the governance issue of the country. They were even allowed to rule the nations and participate in the political, economic, and social events, the same as the men.

Egyptian mythology has been studied for many years. One of the things that stand out about this nation is the many Gods they worshiped. These researches indicate that they attributed everything that happened to them and in their lives to these Gods. It all had a God that they usually gave thanks to or made their complaints from diseases to giving birth. It was the same, even in the Old Testament story. Also, we can read how people made sacrifices and worshiped these gods.

The Gods of ancient Egypt are very many, even to mention all of them.

They range from the oldest Gods ever heard of, most of which have almost been forgotten, to the recent ones that still exist. The stories involving these Gods become more complicated when you start mentioning the various gods that they had. Most research done on the Gods of Egypt indicate that each city in Egypt had its religious group, which created its own God. These groups then tried to establish their Gods as the supreme ones over the others. In most cases, this is brought war upon the people as they fought against themselves and poured curses on each other.

Almost everything had a God to represent it.

These Gods played different roles, according to the significance accorded to them by the people. For example, there was the God of death and burial, who was called Serkhet. This God presumed to take care of the dead in their graves and keep them from returning to the world to haunt the people. There was Shu who controlled the air, the wind, and every other element in the air. There are very many more gods of such nature, from gods of childbirth to gods of darkness.

These gods were much revered and created in different forms.

Some of the shapes used in representing these gods were like statue-like forms made to look like a ram’s head, gods that looked like snakes; there was also a God in the form of a man, who wore a unique mask called the ibis.

These Gods are many, and they each did different things for the people.

The thing is that these Gods, most of them were women. This indicates how ancient Egypt valued their women to the point of having them as Gods. 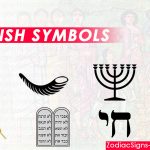 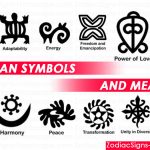