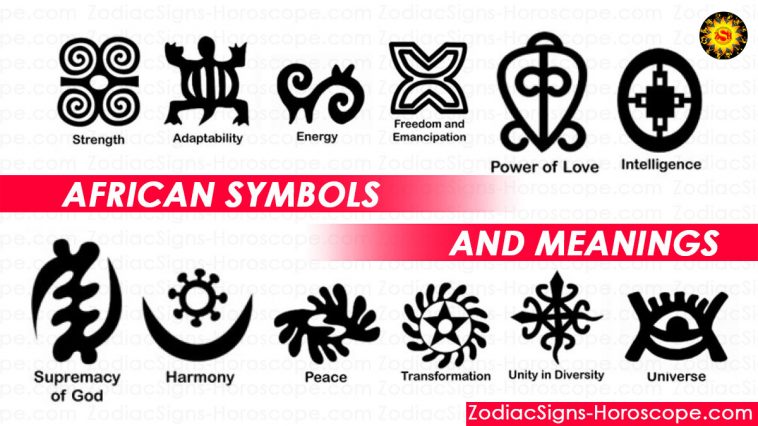 African Symbols and their Meanings

African charms against spells and Voodoo are often drawn from African symbols and symbolism – the meaning plays an important role, but there are not many pictures of the charms – the real thing exists. Still, they have not been researched and photographed.

Symbols from Africa can be found all over Africa and the world.

Each country, region, and the tribe has its own African Symbols and their variations and interpretations of regional symbols. Like all symbols worldwide, African Symbolism is based on what the people see as essential. And also, what the people need to protect themselves against. Aside from African witchcraft and spells, symbols hold massive power in the eyes of the people.

African symbols are also, like western culture, based on universal principles.

The similarity between Western, Eastern, and African symbols is apparent when one looks more closely. Symbols for good, symbols of protection, symbols of worship, and symbols of power. They all feature in major cultural symbolism around the world. The mix of Ancient African beliefs, modern religions, and western influence make for some extraordinary ideas and beliefs – that is, of course, if you are a westerner – If you are African, they make perfect sense.

The African way and belief in many world powers allow a vast range of symbols and African totems.

The sometimes cruel and dangerous place that Africa is has resulted in many, many beliefs and symbols. Every tree, rock, and thing in the world is animated by spirit – this may sound like new-age talk – but it is ancient knowledge in Africa. That being said – there is likely a totem or African Symbol that represents that object. The firm belief in witchcraft and spells is so prevalent in Africa that Sangomas, healers, and witches ply their trade on the net, with hundreds of ads for love spells, revenge spells, healing spells, and divorce spells.

Africa, like most ancient continents, has some beautiful symbols.

African Symbolism is exciting – if sometimes strange and scary. The plethora of tribes and nations in Africa has allowed many different African symbols to develop and grow. Also, many symbols from Africa have similar meanings; you will find many flavors and subtle differences depending on the place, time, and tribe. Other things that affect the meanings and symbols are whether the peoples lived in desert, savanna, or forests, whether they were nomadic or not.

Another huge influence on African Symbolism are religions from other parts of the world.

Christianity, in particular, has had a significant effect on symbols and how they developed. Of course, we cannot ignore the influence of conquering western nations, whose legacy is still strong in Africa. This curious mix of African culture, tribal rites, western influence, and religion makes for an often confusing range of ideas and symbols. Often called Voodoo by westerners – this is not entirely true. Although mixed in with African culture, Voodoo is in its own right, a subject all on its own.

This African ring has symbols from Africa all the way around – the titanium bangles and rings are inscribed with “KE MO Aforika,” – which means “I am an African.” So, considering this, we are all one way or another from Africa – so, it makes an excellent ring for a man.

Some of the silver charms made for African spells.

Although they would need a sangoma to help them work, the male fertility charm is a rare mask indeed – the female fertility mask is commonly seen.