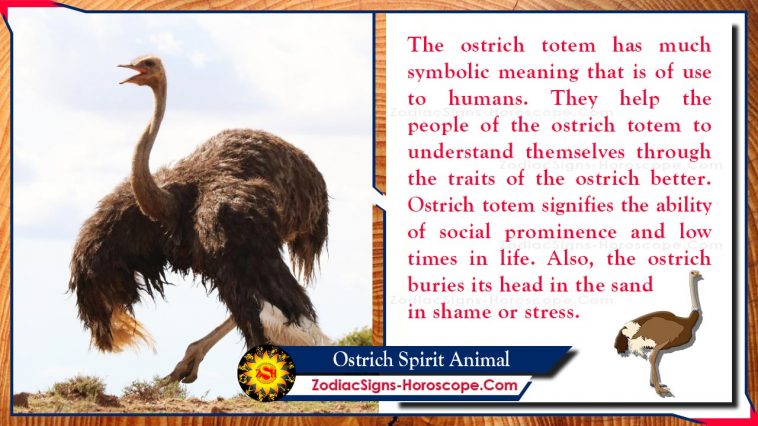 The Ostrich spirit animal has proven to have a lot of symbolic knowledge and wisdom. We, as humans, use the characteristic traits of the animals, in this case, the ostrich, to make meaning of our lives. Therefore, we need to copy the attributes of the ostrich to help us be better people in life. Or, this can mean that we need to make substantial progress towards our personal growth.

Description of the Ostrich Animal Totem

An ostrich is the largest bird in the world that cannot fly. It is also very tall and strong that people in the middle ease ride them for fun or sports. It has close relations to other large birds like an emu. Its legs are also quite strong, and they use them to doll out hard kicks. This is one of the many ways that the ostrich can secure itself from enemies.

Meaning of the Ostrich Spirit Animal

By seeing the animal spirit, the ostrich, the divine world is letting you know that you need to make changes in life. Something terrible is bothering you, and you need to get it out of your life. It may also mean that one needs to gather the things that no longer serve any meaning in their lives and throw them out or donate.

The ostrich is also a divine creature, thus means that an ostrich person needs to look for divine intervention. The heavenly world shall serve as your guide through the soul-searching process. Through meditation and prayer, one can fully understand their situation and find other ways of moving on.

After the consultation with the spirit world, one needs to ensure that they completely understand the situation before applying wisdom. If one does not use the knowledge correctly, there are always catastrophic effects on the person.

When the ostrich senses a threat to it, it takes a position to try and camouflage itself into a boulder shape. This, however, does not mean that the ostrich is weak and afraid. The animal is surprisingly strong and agile for its size. It will make sure that it gives the enemy the best fight it can put forward.

This shows us that we do not always need to take up challenges that we can avoid. We can run the other way or ignore getting into silly arguments that will lead to harm. Some may say that we need just to let the storm pass.

The ostrich shows us the emblem of humility regardless of our potentiality. Looking into the ability of the ostrich, one cannot believe that it has wings but chooses to remain grounded for some reason. It does not have the ambition to reach higher heights than its long legs and neck have already given it. The ostrich is a bird that could fly given time to evolve and practice.

Thus, this means that we should not be proud of it. Our capabilities and achievements are just that, ours. We don’t need to go and rub them in other people’s faces and show them how better we are. Plus, it does not serve anyone but yourself if you make it in life or fail.

Many people usually have the ostrich dream. The dream has several interpretations, but the most significant one is a vision of not accepting one’s status or reality. This means that one is always not admitting or denying the fact of their life. To fulfill the meaning of this message, one has to accept reality or start to learn how to live with the truth.

Also, the dream about an ostrich signifies the symbolism of fairness and reality. However, it bears the meaning that it is not always your job to judge others or make them face the music. It also serves the point of karma. This means that one deed equals another depending on their positivity or negativity.

Furthermore, some people dream about the ostrich’s egg. The dream about the egg, therefore, symbolizes the rare opportunity of rebirth. This is the continuity of the infinite cycle of life.

The ostrich has a history of association with an ancient Egyptian goddess of truth and justice. The goddess was called Maat. Maat used the ostrich’s feather as a weight on her beam to measure the heaviness or burden of one’s heart. If the feather was heavier than your burdens, then one could journey to the afterlife and live out the rest of their days in peace. However, the ones with the heavy hearts had their souls destroyed.

The Ostrich spirit animal bears much significant wisdom. We enjoy a lot of the knowledge that is sent to us by the divine world through the ostrich power animal. Also, the ostrich is a large bird that cannot fly. However, they have strong legs and are quite agile. They also have long necks that help them see danger from afar. The ostrich has an association with the spirit world as seen that its feather was used by “Maat” to weigh other people’s hearts. 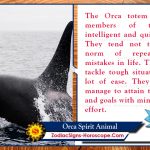 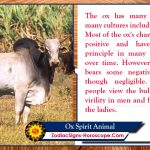