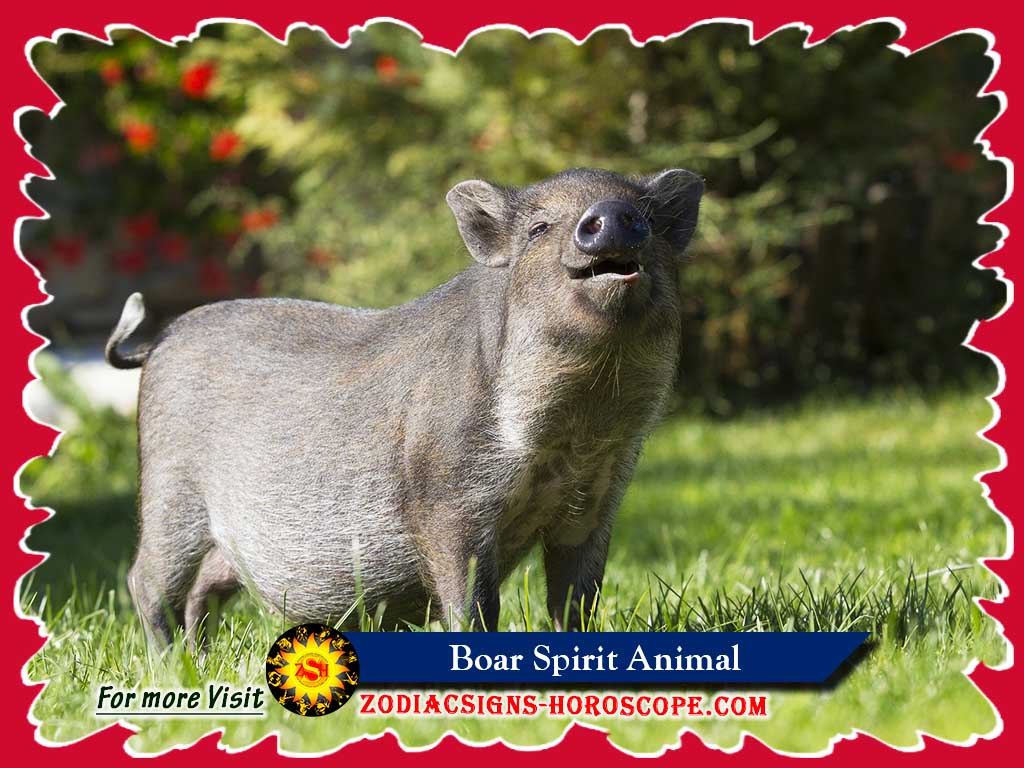 What does a Boar spirit animal mean?

However, most people do not like to associate with the boars. This is because they are a filthy type of animal. Also, they have a symbolic association with the trait of greed. This means that the boars never mind anything apart from the food that they can eat. Plus, the boars can eat anything, including humans, if they are hungry.

The term boars are inclusive of all the other hogs. These include warthogs, domestic pigs, peccary, and even javelin. The boars are usually dirty and like to swim in mud. They also pass their snorts through the filth to get food. Many cultures, especially Christianity, view the boars as unclean animals. This is because Jesus ones cast demons out of a possessed man and into the pigs that were nearby.

The totemic sense of the boar as an animal spirit is the act of procrastination. This means that one has been on one project for a long. Therefore, they want to complete it and move on with their lives. Also, it says that the boar people do not like waiting for things to happen in their lives. They prefer taking action to complete the same. 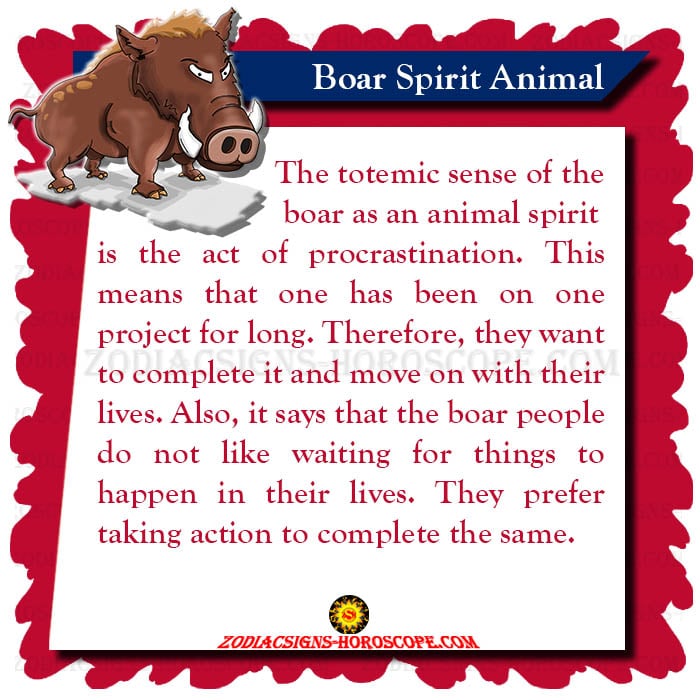 On the other hand, the boar spirit animal bears the meaning of one always taking the bulls by the horns. They like to face their issues without retreating. They believe in the process of handling issues as they come. Thereby, they can be able to take care of the matter without fear completely. Hence, they can find some solace later.

The boar spirit animal also means that one is about to begin the journey of individual progress. The achievements are mostly in the form of physical wealth. However, some people also believe in the possibility of spiritual mileage as well.

The people of the boar spirit animal are tenacious while in pursuit of their dreams. They have the norm of going after what they want regardless of the hurdles. Some believe that the boar people are a generous bunch, but other cultures tend to disagree. Somehow, however, the boar people tend to lean towards kindness.

Therefore, they are the kind of people who don’t go around with burdens in their hearts. They tend to forget quite fast, especially the warthog people. Moreover, they don’t let simple things bother them. They believe that they can overcome almost every negative situation that comes their way. They also have excellent social skills and have many friends.

On the other hand, the boar people are also protective of their children. They are quite aggressive, too, when they are offering protection. The female boar always opts to die rather than lose any of her young ones.

Furthermore, the boar people are also nurturing like female boar. They can provide the utmost care for the young ones without the help of any person. This means that they are loving and caring at the same time.

Also, the boar people are defensive kind of people. Some ancient houses of the middle ages times used the boar’s insignia. This means the crest of the house. They would wear them during the war to show how defensive and offensive they could be. The boars are also tenacious, and the only madman would tussle with one.

Symbolic Meaning of the Boar Dream

The boars, like many other animals too, have dreams that manifest to the boar people. The thoughts are ways for the divine world to give their input in one’s life. Therefore, they disperse the boar energy to us to provide us with some guidance. The guidance of the divine word is essential. So, the boar people should not ignore the messages that they bear. Or, they will risk missing out on the sweet opportunities that the boar dreams hold.

So, if one has the boar dream, it means that they are about to have a horrible altercation with someone they hold dear. Therefore, if one sees the boar in their vision, they should remember to act civilly during the argument. They should do so to maintain their relationship with the person they are about to argue. If not, they will end halting relationship out of ignorance that they could have easily avoided.

On the other hand, if one sees the prairie pig in their dreams, they should do some soul searching. By doing so, they get the results of the many quarries that have been bothering them. However, if one has the opportunity to dream of the domestic pig, they are in luck. The domestic pig is a signal of good tidings. They represent the chance of success.

Therefore, most people don’t want to associate with boars, especially the domestic pig. The divine world also uses the boar spirit animal to communicate with the boar people. However, they prefer dreams because it is of a much better connection. The ideas of messages are always important. Therefore one should never ignore them for whatever reason. 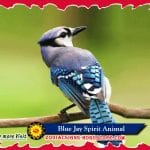 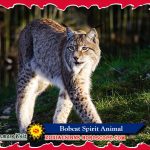