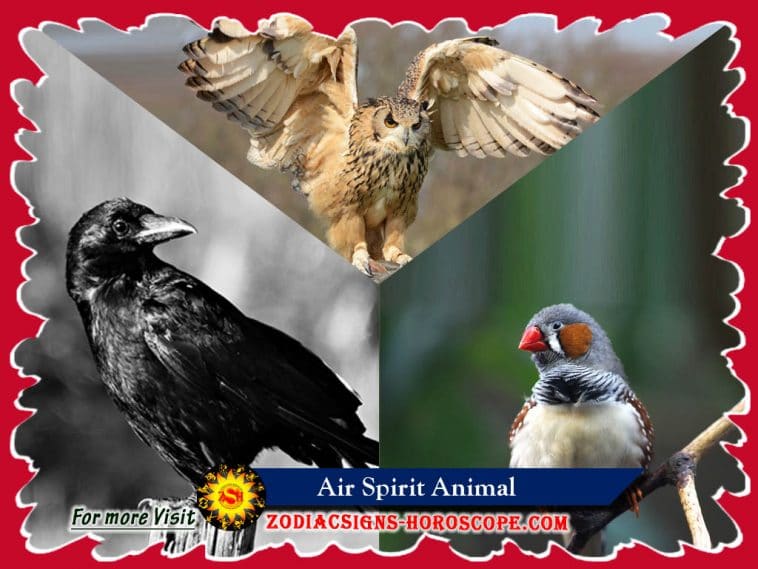 Moreover, these people usually try to copy the attributes of air animals. Consequently, they use those attributes to try to explain their behaviors. Some people believe that the divine world has a guiding hand in the matter. They say that the celestial beings manifest their energy to us through the air animals to help out. Also, helping out is usually in the form of offering us guidance towards better lives. Or, they may use the animal’s traits to give warning of impending doom shortly.

Air animals are the animals that spend most or some of their time flying of gliding. They include birds, insects, and bats, although some other snakes and squirrel can also glide from very high treetops to the other. Therefore, these animals bear the duality of both the air and land totems. Or, they can also possess the air and water totemic symbols. This is because no matter how far one can fly, they still have to land somewhere to make their homes.

Meaning of the Air Animal Totems

However, the primary meaning of the air animal totem is the possibility of air animal totem people to gain higher wisdom and knowledge. This is because the animals that live in the air most of the time have a better view of everything that occurs on the ground.

Some of the animal’s symbols that belong to the air animal totems are:

The raven is one of the air animal totems. It has a serious association with the strange occurrences in life. The mysteriousness of the raven was given the prop by the famous late English poet Edgar Allan Poe. He took time to dedicate his writing to the eeriness of this bird in his book The Raven. This book could not be more, of course. This is because many bird connoisseurs in the world don’t believe that crow is a symbol of doom.

However, the dark bird is the master of symbols like inscrutability and aptitude. However, people don’t like associating with the raven because it’s a scavenger. This means that they want to eat carcasses, even those of the dead people. The thought of the raven taking a dead man’s eye is quite spooky. Some folklore depicts the raven as one animal that keeps secrets and acts as the memory holder. Therefore, the raven totem is the symbol of communication.

Like the raven, the owl signifies anonymity and confidentiality. Moreover, the owl is the master of the dark and can see anything through it. This means that the owl is a nocturnal animal that likes the norm of operating in the night. Some owls have eye-like features at the back of their head. Therefore, most people think that they are watching but not. However, this is not the case; most of the time, the owl is asleep, not unless it’s hunting scanning their prey.

They then would turn their head towards one with the spooky big human-like looking eyes. This means that the owl people always hide their real faces from people. Moreover, they will only show you their true self in imminent danger or as a friend. Alternatively, the owl symbol bears the significance of ingenuity and wisdom. These significances are from the Native American’s line of thought. Moreover, they also state that the owl totem is a symbol of protection due to its ability to hide well.

This is one of the air animal totems that serves to brighten any man’s day. This is because the finch totem bears the meaning of happiness and good fortune as its totemic meanings. They are a brightly colored bird that gives the eye of anyone a sight to behold. Also, they are quick in flight and have sweet birdie melodies. Their songs are ingenious, therefore, their alternative symbolic significance of creativity.

Moreover, the little birdie always seems content by just being alive. They, therefore, live their lives with such a robust that can only bring envy. Furthermore, their way of life disperses a great deal of totemic energy that rubs off on the finch People. Hence, their other symbol of power. This makes the people that are born under this totem happy and productive. They have a sense of happiness in all the situations that come their way.

Air animal totems are the collection of the totemic animals that live or spend most of their time in the air. The animals have similarities in their attributes hence the grouping. However, the air animals also have unique characteristics that belong only to them depending on the shape, size, color, flight, and the most critical human perception.