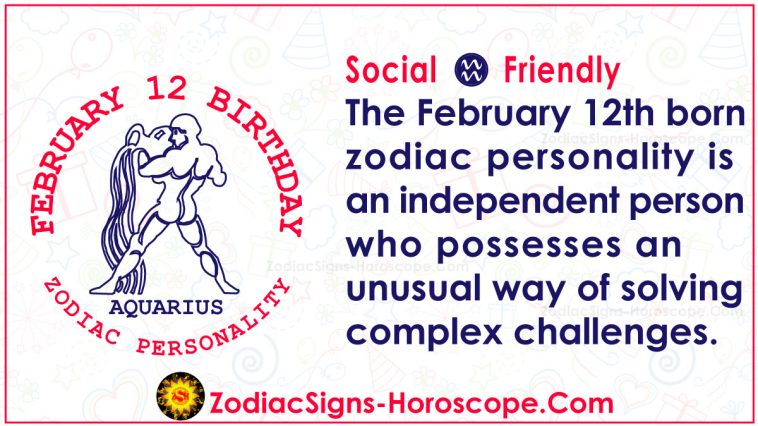 When it comes to the discussion as regards the February 12 zodiac characteristics and career, your horoscope is an authority. It thus becomes important for you to have a good knowledge of your horoscope for you to be able to fare better in such a discussion.

The February 12th birthday personality traits show that you can gather your points, evaluate them, and your opponent’s viewpoints and use the available information for your favor. You have a way of marshaling your point in such a way that people will understand well.

Being born today, February 12, you have a great intellectual acumen, which makes you give some information which many people often bow to. You are a professional who is courageous. You can argue anything convincible and boldly, even if it is against the status quo.

The February 12th numerology is 3, and this defines your logicality. You are a logical and realistic person as a result of your numerological influence. Your numerology also reveals that you know how to relate to people and to serve as a negotiator and communicator. Your eloquence and persuasiveness are of no match whenever you speak with people.

The 12th February birthday traits reveal that you are a lover of peace who always ensures that peace reigns in your locality. You love to make society a better place and often give out ideas. However, most times, your ideas are way too unrealistic, but you are inflexible with them.

You need to understand that two right heads are better than one right head. Hence you will be more successful with your ideas if you can accept other people’s pieces of advice. It is important for you to understand that leadership should not be based on your whims and caprices; you need people’s opinions.

The February 12 personality is an independent person who possesses an unusual way of solving complex challenges. You are a born leader with a lot of charisma and intelligence. You are very optimistic and easy, but you sometimes become very pessimistic and stubborn.

You have a spark of friendliness and sociability in you, which makes you relate to people freely and honestly. Your sense of humor often instill happiness in people and make them forget their sorrow.

Being independent makes it easy for you to get employment as you can work alone that employers want. February 12 horoscope sign reveals that your talent in organizing your way of life, thoughts, and action makes you useful in society.

Your inquisitiveness ensures your greatness in society as you possess knowledge of things around you. “Sincerity and honesty” are your watchword; thus, you work with people with honesty. Also, you hate dishonesty with passion and love a knowledge-oriented conversation.

Your compassionate mind and tenderness make you altruistic and ever ready to help people around you. You have a great passion for travel, and you are liable to travel around the world, making new friends.

There is no one without negativity, but the 12th February birthday personality negativity often rears its head up when people stretch you to your limit by daring you. You possess an aloof mind to things around you and a little bit detached from society. Your erraticism makes it very difficult for you to have a long-term friendship or relationship.

You need to learn always to open your ears to people’s advice as sometimes your idea is always not pragmatic. You often suffer from overconfidence, which often leads you to risk your life. Most times, when you argue for or against an unconventional boldly, you often step on people’s toes, and this often causes your insecurity. As a person born on February 12, you need to learn to be a little bit less impulsive with the way you relate to people.

Your impulsivity can cause you to lose a lot of business opportunities. It also the case that you are easily distracted at work. You do not know how to stay focus without getting distracted. Another problem that you need to always fight against is your unconventionality. Sometimes, you need to learn how to conform to tradition.

The February 12 horoscope personality is a sincere person who is prone to disappointment and deceit as a result of his or her over-trust in the relationship.

The February 12 love life involves your romanticism and optimism, which are no match in the society as you know how to instill an optimistic spirit into the mind of your listener through your speech.

You are an interesting person who knows how to live in the relationship you engage in. Also, your innocence and attractiveness always put you on the priority list of most people as someone to marry. However, most people that run after your hand in marriage are out of your league as you are looking for someone who is very energetic, affectionate, and compassionate and who can share your worldview without any objection.

The 12th February sexual compatibility is with other Aquarians or a Gemini. You are drawn to people that are born on 6th, 9th, 15th, 18th, 24th, and 27th and very incompatible with a native of Scorpio.

The 12 February zodiac reveals that you are also always interested in work that will not only allow you to help the masses but will allow you to inculcate into the masses a spirit of hard work, persistence, and competence. Work that is routinized is not your own, and you often go to the extent of scrutinizing any work you have to ensure that it does not only conform to your talents but is also business-oriented.

When it comes to the money issue, you do not joke with money; you often go to the extent of ensuring that you save for the rainy period and spend less on trivial things.

The February 12 astrology predictions show that your health matters; you are known to often partake in holistic medicine instead of the traditional form of treatment. However, sometimes, you need to digress a little bit and choose to consider a traditional form of treatment. Hence you are often faced with challenges that can be directly linked up with stress as a result of your lack of sleep and meal skipping.

For your health, you need always to have people around you who will comfort you whenever you have emotional related issues like depression. Do not result in a hard drug or any form of a harmful shortcut that can hurt you instead of relaxing your nerves. You are also advised to take exercise seriously to keep you well relaxed. Your diet should also be one of your top agenda, do not eat the food that will harm you, or will have no benefit to you. Go for the right diet to save you from diet-related health issues.

What does it mean to be born on the 12th of February?

The February 12th birthday falls on the period of the Aquarius. This necessitates your spirit and makes you an Aquarian. The fact that you were born between January 20 and February 18 makes you an individual that is very caring and compassionate.

The connection possessed by you and air is stable and robust and cannot be easily cut away. You are someone whose connection with the air has affected drastically and has made you do things that are explicitly known to be of the air. Hence you often drift from one mood to another without you considering the effect such would have on people around you.

You are liable to just act freely and independently without paying much attention to the limit that has been put in place by tradition and society. Your connection with the air also makes you act tough and fierce in action and then gentle or calm on the same such action due to your unstable mood.

February 12, man is unpredictable. It is also a case that in acquiring knowledge, you often look for different ways to accrue a lot of knowledge to your site without considering any effect. You also need always to take note of the aloofness and the negativities that the air contains.

The February 12th birthday is influenced by Uranus, Venus, and Jupiter. Uranus is known for bestowing a great spirit of freedom and intelligence on you. Apart from this freedom, you have a spirit of independence and an altruistic mind.

Venus influences you by giving you affection and excellent communication skills. It also bestows upon you the great appreciation for beauty. Jupiter, on the other hand, is known for your charm, powerful, and compassionate mind. 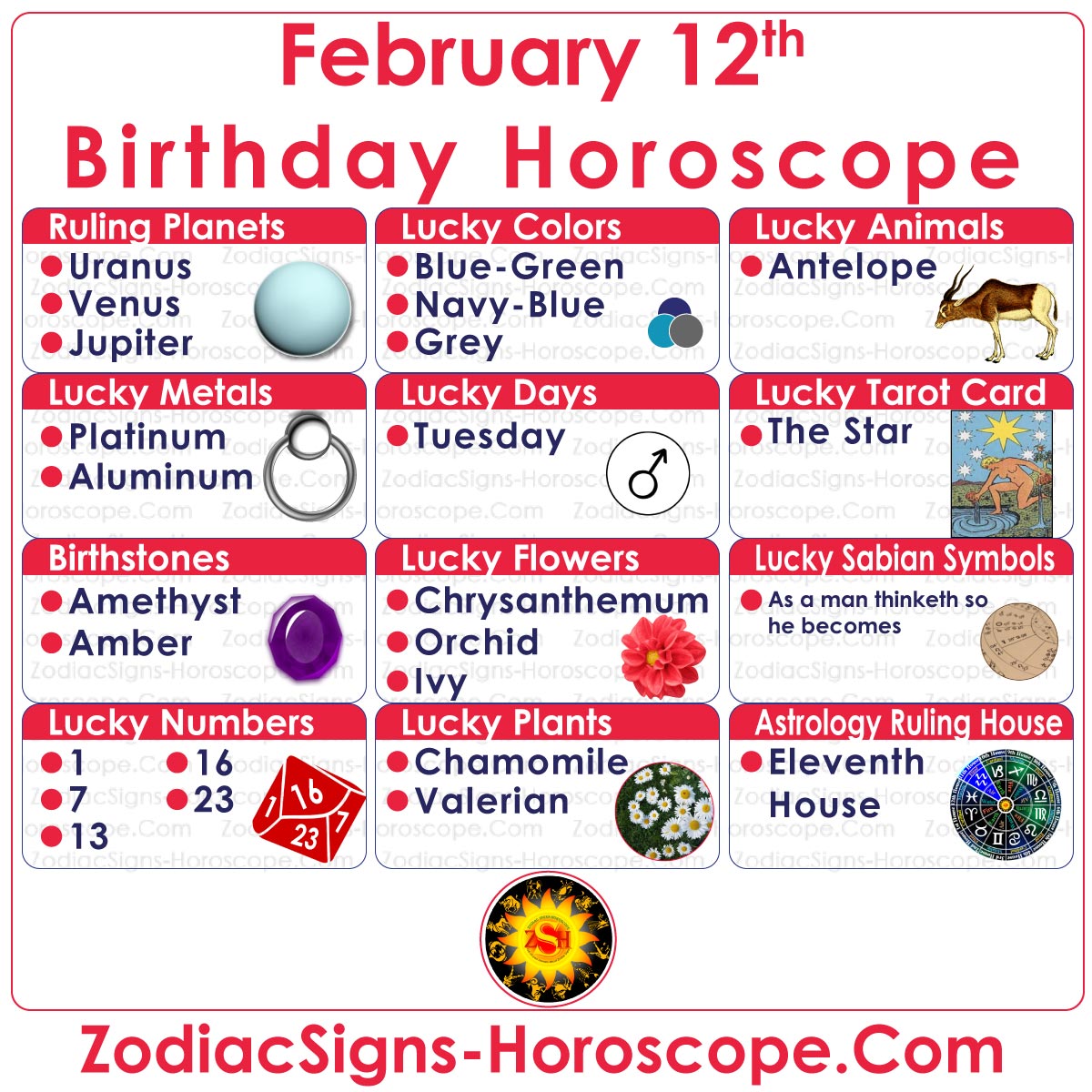 Platinum and Aluminum are lucky metals for the February 12th birthday personality.

The birthstone is Amber or Amethyst gems.

The lucky colors are Blue-green, Grey, and Navy blue.

The February 12 lucky day is Tuesday.

The lucky flowers can be an Ivy, Orchid, or Chrysanthemum.

The lucky plants are Valerian and Chamomile.

The lucky animal is Antelope.

The lucky tarot card for February 12 is The Star.

The lucky Sabian symbol is “As a man thinketh so he becomes.”

The February 12 birthday personality traits reveal a tremendous visionary and intelligent leader. You understand how to relate to people and their activities. You are a good mediator who can mediate between two warring nations whose fight is like a cat and rat. Despite all these, you lack focus on your personality; distraction comes easily to you. Also, you need to learn how to exert your energy on a particular project at a time without any disturbance. 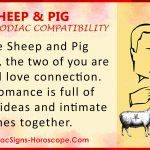 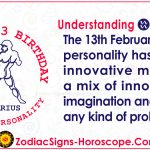