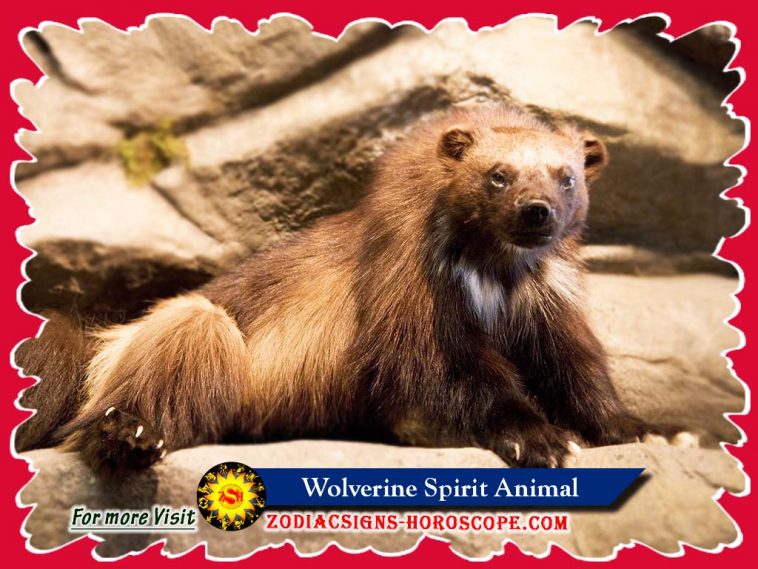 What does Wolverine spirit animal mean?

The Wolverine spirit animal symbolizes fearlessness, violence, aggression, courage, and ferociousness. Everything that is considered threatening and dangerous has an association with a wolverine spirit animal. People with this animal totem are deemed hazardous. Therefore, you should be careful of them.

What is Wolverine’s personality? This animal has an intense energy and very unpredictable behavior. Even though some of these traits are not too bad, the negative characteristics of these animals outshine positive attributes.

These animals are spread across the world, although the most significant population is in northern Canada in Alaska State. However, Russia and Serbia have a substantial number of Wolverine. These animals are the largest clan of the weasel family. Although almost all members of this clan are naughty, the wolverine is the most dangerous. It shares some of its qualities with the badger and bear.

Wolverine as a Spirit Animal

As a spirit animal, it prompts you always to be defensive resultantly and to attack other people without no apparent reason. It also reminds you of the significance of reflecting on our own lives. These animals live a solitary life. So, they spend most of their time hunting alone and ensuring intruders do not invade their territories. It is important, however, to understand that you do not choose to be this trait. They are part of your character.

If understood well, negative traits can be utilized positively. In some cases, people with Wolverine as their totem will end up being repulsive and unpleasant around others. They can quickly turn a relation from sweet to bitter hence hard to associate with them.

When under pressure, they tend to show their negative side just as the wolverine reveals its teeth when faced with danger. In some cases, however, the Wolverine power helps you to achieve success using immoral or cruel ways. One positive aspect is that they are fearless and when trying to attain their goal. 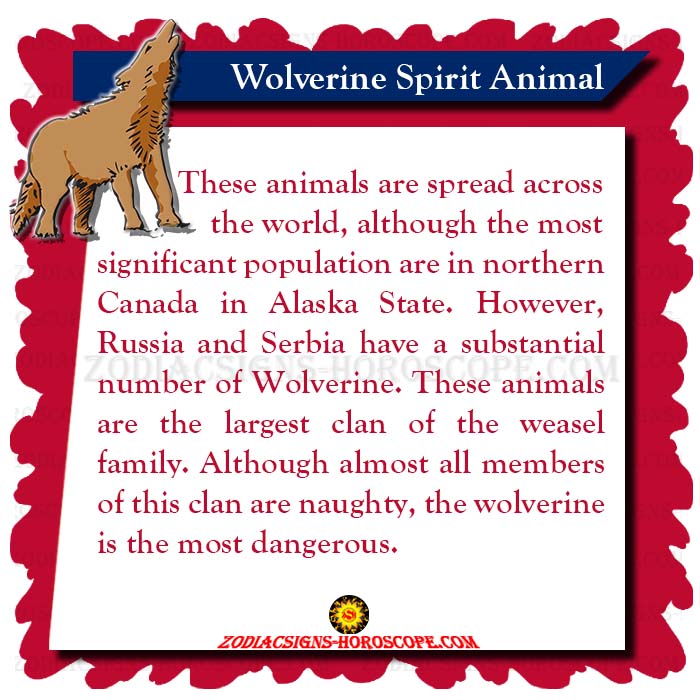 Wolverine in your Dream

What does it mean when you dream about a Wolverine? An encounter of a wolverine in your vision signifies harm or evil. It is a warning of upcoming danger or bad news. On the other hand, a wolverine warns us not to reveal too much about our private lives. Do not give too much information about yourself.

A dream of you attacking a wolverine signifies trouble. Your action will lead you into trouble, and it is essential to be careful. Also, you are picking fights that are too much for you. Be cautious about the kind of people, you are dealing with within your life.

If in your dream, you encounter some wolverines, it signifies more than one enemy in your life. These enemies are working individually or as a team is trying to destroy you. So, such dreams remind us of the importance of not picking too many enemies. As the English men say, always look before you leap.

What do Wolverines symbolize?

Wolverine as a symbol of a loner

Wolverine only interacts with others during the mating season. An encounter of a wolverine is an indication that you can do well on your own. People with this spirit animal can spend days or even weeks on their own without missing others or feeling lonely. These animals also remind us of the importance of creating time for ourselves.

Wolverine as a symbol of unusual

The behavior of this animal seems odd and strange. Even the most experienced hunters have never fully understood this creature. So, just like the wolverine, people with this animal spirit behave differently from their peers. It is important to note that this trait is not necessarily negative.

Wolverine as a symbol of elusive

Wolverine as a symbol of assertive

Just like a wolverine, people with this spirit animals are forceful. In their jobs or even personal lives, these people will stand for what they stand for without fear. They will confront every situation that will stand in their way. Even though this trip might seem negative, it is important not to let other people step on your foot while you remain silent. Confront situations and defend your stand.

Wolverine as a symbol of bravery

Wolverine is a fearless animal. It confronts bigger animals without fear. They cannot be easily intimidated by the strength or size of other animals. Through this spirit animal, we can confront the situation without fear. Even though some problems look prominent, it does not mean that you retreat, always stand up and face the situation.

Wolverine as a symbol of resistance and toughness

The wolverine spirit animals are believed to have magical powers because of their strength and resilience. They live in harsh environments, travel great distances, and attack larger and stronger animals. Also, people with this animal as their spirit animal endure the toughest situations. 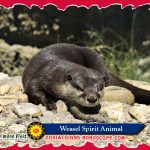 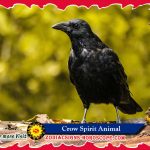