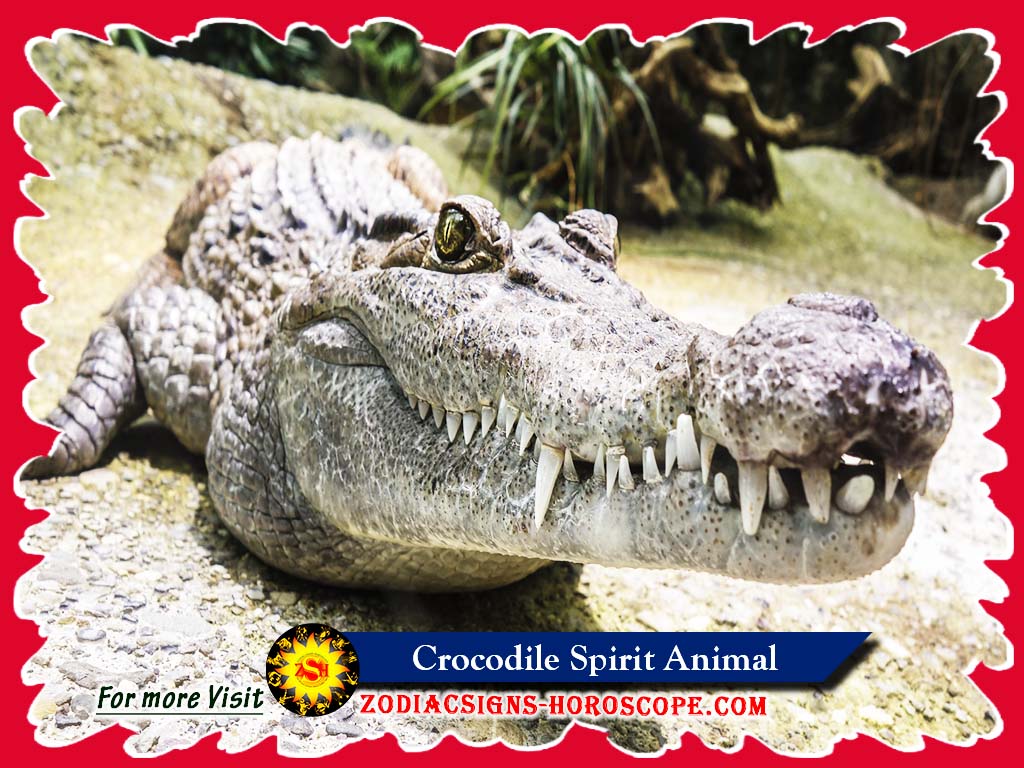 What does a Crocodile spirit animal mean?

These people, in turn, copy the traits of the crocodile and compare them to theirs. Moreover, in the process of copying these traits, the crocodile people use them to predict their futures. Also, they can use the crocodile’s totemic symbols as a guideline on how to carry out themselves.

So, it is wise for them to pay close attention to the symbols and their meanings. Moreover, if one makes the wrong interpretation of the symbols, the result can be horrible to them.

The crocodile is a vast water lizard with scaly backs. They have a close relation to the alligator and the caiman. Also, they have powerful jaws that can snap with a lot of force to capture their prey. Moreover, they also have special kinds of teeth that help them catch and hold on to their prey. Also, they love basking in the sun because they are cold-blooded animals.

They are a great swimmer with a powerful tail that helps them with navigation. The crocodile lives in most of the tropical continents like Asia, Africa, and some parts of America. Confusing the crocodile with the alligator is a common mistake. However, one can note the differences if they are keen enough.

The ordinary meaning of the crocodile spirit animal is the need for vitality, ferocity, and strength among the alligator people. These are not a gentle type of creatures. Their totemic meaning lies more in the more profound spiritual sense of the celestial realm. The crocodile spirit animal gives us the signal that we need to show power and aggression in our daily activities. Apart from that, the crocodile serves to remind us that we need to have courage, patience, and honor in our work. 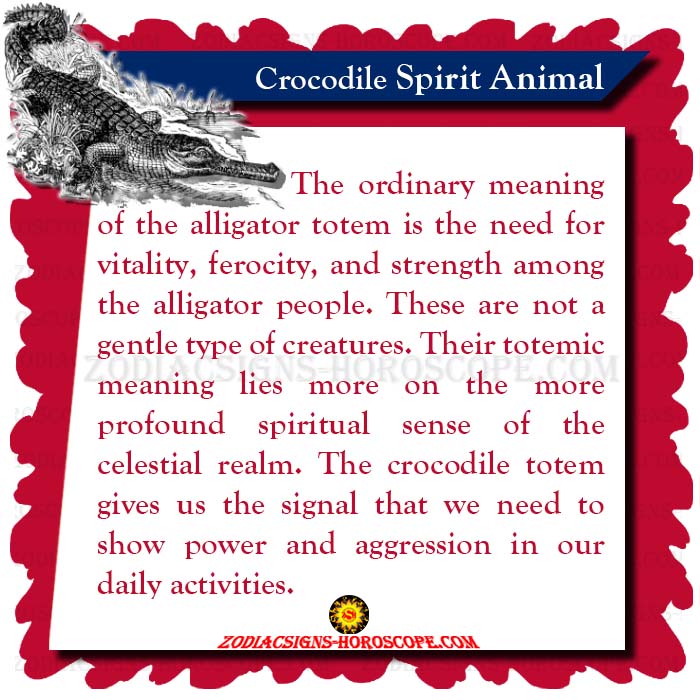 Also, the meaning of the crocodile spirit animal is the need for one to be alert and observant in their lives. This comes from the crocodile’s ability to hide underwater with only a small part of their body out. Moreover, while in this state, the crocodile can be able to see everything around it without causing a stir in its environment.

Also, apart from being patient and observant, the crocodile totem reminds the crocodile people to be exact with their actions. If one studies the behavior of the crocodile, they will notice that they can lay still for an extended period by the water. During this time, they are always observing their environment and prey. Then out of the blues, they launch at their prey with the exact precision to capture and overpower them.

The general meaning of the crocodile spirit animal bears the significance of the need for skill and keeping fit. So, if one gets to see the crocodile in their lives, they should get up and exercise. Also, the crocodile has the ability of good eyesight both at night and day. They can also see quite well underwater, thus giving it one of the best senses of any animal. Moreover, they can also hide in their environment quite well.

Other symbols of the crocodile spirit animal are:

The Crocodile: Symbol of Comprehension and Insight

The crocodile spirit animal also bears the need for acute wisdom and knowledge in their lives. So, one of the crocodile spirit animals should be ready to adapt to the situation and take in as much sense as they can. They can use the energy of the crocodile’s wisdom to help them do better at work. This can be by waiting for promotions at the office. They can then launch at it without warning and vigor that will dampen the other contestant’s spirits. If they do so, they are most likely to win.

The Crocodile: Symbol of Fluidity

The crocodile is one of the most agile and fluid moving animals in the water. They have the power of their tail that they use as both a propeller and radar. However, the movement of the crocodile has a connection to emotions rather than people’s movements. This signifies that one has to be in touch with their feelings at all times. Therefore, one has to keep in mind that the people that feelings always have a significant impact on the people around them.

Symbolic Meaning of the Crocodile Dream

What does it mean to dream of a crocodile? Like most of the totemic animals, the crocs have symbolic dreams. The dreams bear a significant meaning that needs proper interpretations. Also, the thoughts always come with the influence of the divine world. They use symbolic animals like the crocodile to attain the utmost attention from crocodile people. Moreover, divine interference is meant to offer help.

Therefore, when one sees a crocodile in their dream, it means that they have the possibility of hidden strength. Alternatively, the vision of the crocodile bears the meaning of hidden danger. So, one should be careful with the people around them. They may be trying to sabotage you or your project. Furthermore, the dream of the crocodile in water means that one is about to have new emotions. It can also say that one may be having a new sense of awareness.

The crocodile spirit animal bears so many symbolic meanings that one needs to learn. Moreover, they are essential and can make a difference in one’s life. However, one should not misapply the teaching, so the symbol because it can be misleading. So, they should take time and learn them all before use. 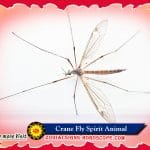 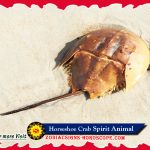