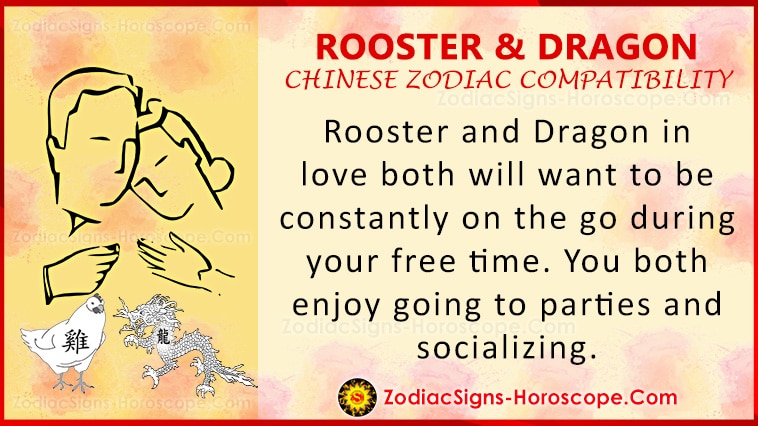 Ancient Chinese teachings say that one’s zodiac sign gives hints as to their personality. Therefore, according to those traditions, you can determine if someone will be compatible with you by looking at their signs. If you are a Rooster, you may be wondering whether or not you should have a Rooster and Dragon date. If you don’t know your sign, you can click here to find it. Generally speaking, it is believed that Dragons and Roosters are fairly compatible mates.

Roosters, born in the lunar years 1933, 1945, 1957, 1969, 1981, 1993, and 2005, are known for being bold and self-assured. They are work hard, and they play hard. They typically keep jam-packed calendars because they work a lot, socialize a lot, and still find time to exercise or participate in sports even in a Rooster and Dragon compatibility.

Roosters often are versatile and excel at different things, including Rooster-Dragon marriage. Roosters tend to be outgoing, gregarious, and honest. They often are the focal point at parties because they naturally are good at entertaining others. Many roosters have the heart of adventurers, and they are full of valor. If you need someone to run into a burning building to save someone, a Rooster would be likely to volunteer. They are very competitive. They are often constantly trying to win and beat their own personal best records at things, particularly athletics and exercising, where they always strive to do more reps or run faster.

Often, people’s strengths cause weaknesses. This is the case with Roosters. Roosters can be seen as being boars or being stuck up because they often enjoy talking about themselves. Additionally, some roosters tend to be overbold, causing them to take risks that they should not. This can cause social stress and, in the case of more physical activities, injury. Roosters can be prone to make decisions emotionally in a Rooster and Dragon love compatibility and fly by their pants’ seat in situations where more planning would be ideal.

The Lunar Years of 1928, 1940, 1952, 1964, 1976, 1988, and 2000 were Years of the Dragon. Dragon zodiac signs, born during these years, have some similarities to Roosters. Dragons and Roosters both naturally tend to be leaders. They are both intelligent people who work hard. Dragons, like Roosters, are also risk-takers who are willing to try a lot of different things. Often, Dragons have the reputation of not liking to commit to things long term because they can get bored and like to keep things fresh and new.

Both Rooster & Dragon Chinese zodiac signs like to be the center of attention. There are many similarities. One main difference is that Dragons are often thought to have a very fiery temper. If you know a Dragon person, and you are thinking about dating them, there is a good chance that you are already friends with them. Dragons and Roosters make great friends because they have a lot in common. But no combination is perfect – every relationship has some areas where there can be concerns.

Rooster Dragon soulmates are thought to be a great pair. You and your Dragon likely have a lot in common. This can make things easier, especially at the outset of the relationship where you are both trying to get to know each other.

You and your Dragon both probably are focused on succeeding at Rooster with Dragon work compatibility, and therefore you both probably work a lot of hours. That will make you both understand each other and be more comfortable in the short run because you will know where your Dragon is coming from. In the long run, you both are likely to do well financially, which helps keep financial stress from mounting.

Rooster Dragon in love, both will want to be constantly on the go during your free time. Also, you both enjoy going to parties and socializing. You also enjoy doing very athletic things and things that most of your friends probably think are too dangerous. If you have wanted to try things like rock climbing, bungee jumping, race car driving, etc., your Dragon will most likely love to do those things with you. In fact, your Dragon may want to do more of those things that you do. You and your Dragon will both likely want to be on the go constantly. Your schedules will be booked, and you both will enjoy it.

Of course, no relationship is perfect. Here are some things you will want to look out to see if you can avert problems before they grow. You and your Dragon both love being the center of attention. You both are used to being the focal point of social activities. Ensure that you both understand and agree to share the limelight in Rooster’s love compatibility with Dragon zodiac. This is an area where you will have to compromise. Or, you may wish to consider doing some activities separately so you both can get a chance to get the attention without the other person stepping on your shoes.

You and your Dragon both tend to overdo things in a Rooster and Dragon love compatibility. You both may do too much physically and hurt yourselves. Additionally, you both tend to keep such a busy schedule; it can be hard to get enough good rest. Make sure that you both take plenty of time to rest and rejuvenate. Also, make sure that you take care of your bodies, not just exercise to the utmost of your capabilities – sometimes you need to do things like stretching and gentle activities. Consider Yoga or Massage as something you can do together that will help you both to recharge.

Also, you both may have careers that require you to work on different schedules. In a Rooster with Dragon horoscope match, both often gravitate towards rather heroic type jobs. If you and your Dragon are first respondents, or in the military, or something of that nature, you may have schedules that will make things different. You may be on different shifts or even stationed at different places. You will have to work around the scheduling issues.

Dragons tend to be a bit more reactive regarding temperament, so understand that your Dragon may get angry easily. Just keep that in mind, and remember to try to keep calm and not exacerbate your Dragon’s temper by losing your temper easily. You may want to take a note of your Dragon’s mood and keep that in mind when starting discussions. If your Dragon is in a negative mood, it may not be a great time to have a Rooster-Dragon communication on things that need to be discussed calmly. You both are fairly emotional and high strung, so keep that in mind.

Roosters and Dragons are thought to be a great pairing. You both will enjoy extreme activities and crazy schedules. You both will like working hard and socializing often. Ensure that you keep in mind that you both can overdo things and agree to focus on keeping things balanced. If you both work hard, you should have a long and happy Rooster and Dragon compatibility. 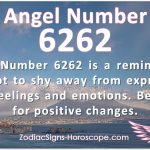 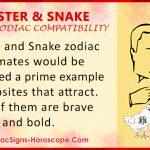