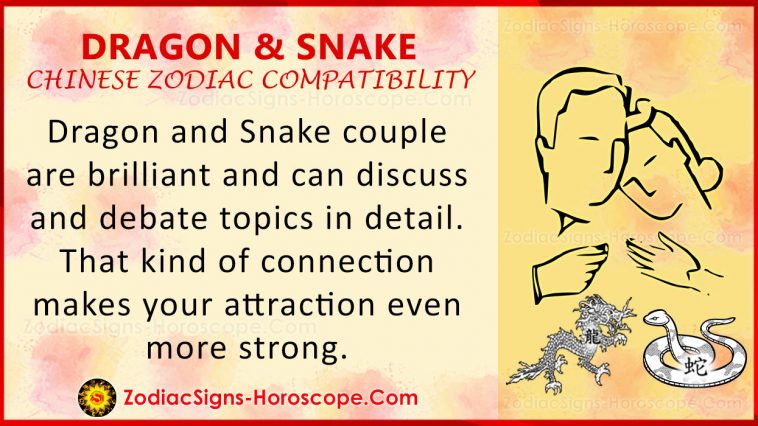 There are some ancient Chinese traditions that are still relevant today. One such tradition is the Chinese zodiac. By following the cycle of the moon, people can determine their birth year according to the 12-year calendar. Each year is identified by the animal symbol that represents it. The Chinese New Year celebrates the year of the animal and identifies all children born in that year with that animal.

In general, each person born in that year shares the same characteristics and personality traits of that animal. Whether it is positive or negative, strong or weak, people can gain a better understanding of who they are as a person by their Chinese zodiac sign. They can also learn more about their compatibility with other people. For instance, when Dragon and Snake Chinese zodiac fall in love, understanding their personality traits would give them a sense of direction.

The Chinese zodiac has also been used as a matchmaking tool to determine love compatibility. There are a variety of combinations with some more connected than others. So if you are a Dragon, you may wonder about your dragon and snake love compatibility.

The number of births in China during the Year of the Dragon is much higher than average because it is regarded as a lucky and fortunate year. Not only do you possess leadership skills, but you also have wisdom and intellect that often makes you sought after for good advice. You love to be at the center of attention. Your self-esteem is high, and you enjoy having your ego stroked with plenty of encouragement and praise. At first, this might pose a threat to dragon and snake friendship.

Success comes when you take calculated risks. You are adventurous enough to try new things but wise enough to weigh the pros and cons to choose the best paths for your goals. There are high expectations for yourself, which can make you anxious when things don’t go as planned. It is not that you don’t like challenges. In fact, you will take them head-on and with enthusiasm. You just want perfection in your life whether it is in your career or your dragon-snake love life.

Like the reptile, the Snake is smart and flexible. You are more of the protector than the aggressor. This may be your home, your friends, or your loved ones. You make smart decisions because you want everything to be fairer. As people get to know you, they will come to you for advice because they know you will give the same kind of fairness that is tactful and sympathetic if needed. This is an impressive trait that would keep the dragon snake bond stronger.

Whether you meditate at work or home, you are a natural problem-solver. You want the same kind of fairness in your dragon and snake relationship. Your friends may think you are picky when it comes to finding a partner in life, but not everyone can live up to your standards of being dependable or genuine. Maintaining a long-term relationship can be a challenge if you let your ego and greed get in the way.

With similar traits such as wisdom and honesty, the dragon snake love compatibility relationship can be intellectually stimulating and open. The differences in your relationship can bring perspectives that may interest each other in new ways. However, two egos may conflict if your patience runs thin for too long.

When Dragon and Snake meet, you will see the attraction right from the start. The physical attraction is only the start as you try to keep the interest going. As you get to know each other, you will also find that you have a connection to the minds. Dragon-snake couple is brilliant and can discuss and debate topics in detail. That kind of connection makes your attraction even more strong.

The more you get to know each other, the more you will see how strong your personalities are. Dragon holds tight to your independence while Snake is often set in your ways. Your goals are as different as your approaches to obtain them; Dragon is adventurous but considered an auspicious sign while Snake follows your intuition.

Still, dragon & snake lovers are encouraging and able to motivate each other to succeed. Snakes can be more optimistic and positive, which is good for the Dragon when they start to doubt if they are good enough for you. Snake sees Dragon as kind, powerful, and brave, so you may not necessarily see the same flaws as Dragon. Your relationship can be very complementary, but it can also be a success for the two of you when you accept each other for who you are.

Sometimes it will be your personality differences that can be the problem in your relationship. Dragon can be very controlling in the dragon snake marriage relationship, even though Snake wants to be in control from time to time. Both of you have been known to be egocentric and confident in your abilities.

That control can be making decisions regarding the household or making specific plans that affect both of you. You will have to figure out a compromise because both of you can’t be right all of the time. A little bit of giving and taking can make the dragon and snake horoscope match a happier one.

When it comes to personalities, Snake does not share the same kind of self-motivation that Dragon has. You may be more intuitive, but you are also more indecisive. Even though you are great at advising others, you can be more selfish regarding your own needs. Your goals to achieve can be sidelined by a lack of motivation or even laziness. Sometimes your motivation to succeed sometimes becomes more like envy and clingy, especially when it comes to your partner.

Often Dragon will have the energy and encouragement for Snake to use more common sense when it comes to some of their relationship decisions. However, if Snake gets too clingy too often, the independent Dragon may be more encouraged to walk away.

If you combine intelligence and stubbornness, you have the makings of vigorous debates. Dragon and snake sun signs have no problem sharing your opinions, and sometimes it leads to arguments. This is because both of you are set in your ways of thinking or doing.

More often than not, you need to make sure that debates of opinions do not get so involved that it affects your relationship. If you are at a stalemate regarding topics that require decisions, it is time to handle it with compromise. This may be hard for Dragon sometimes as you can have a quick temper.

The complementary relationship of dragon snake lovebirds brings together two intellects who have a strong physical connection. You can be lovers and friends with plenty to keep you going for a long time. As long as you continue to motivate each other, you will be a benefit to each other.

There will always be times when you need to make adjustments, but that is the kind of effort that maintains your dragon and snake love compatibility. Breakups are unlikely because arguments are not that intense, but you have to be able to compromise rather than remain set in your stubborn ways.