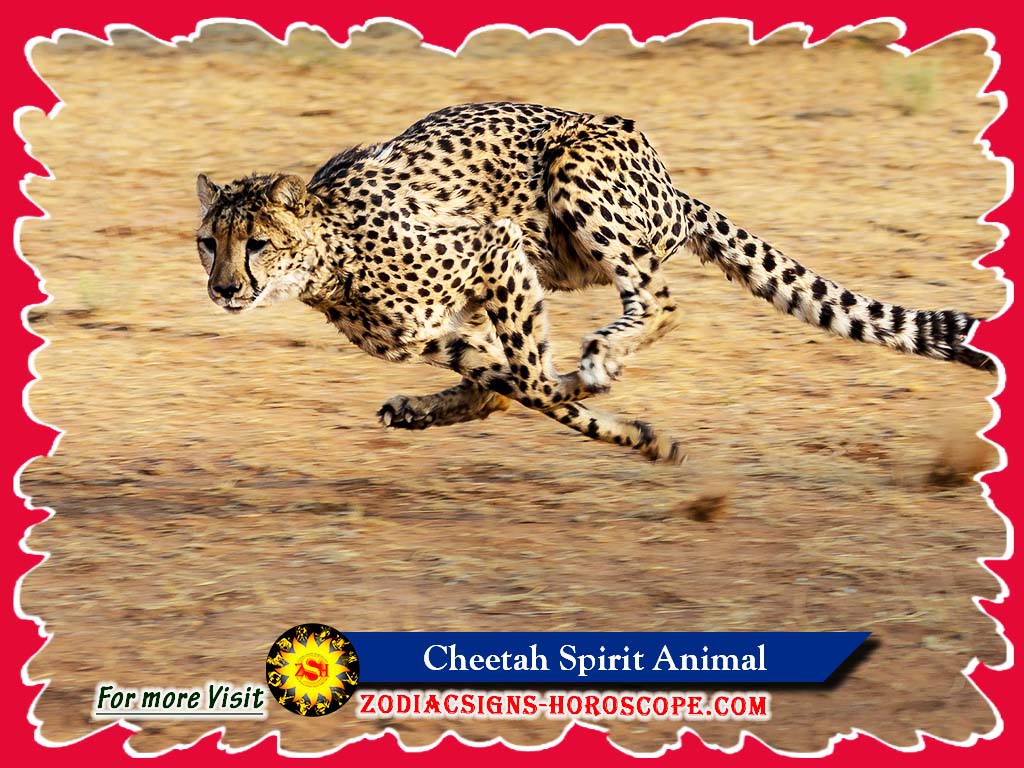 What does a Cheetah spirit animal mean?

Since the cheetah has many teachings within its spirit animal, the cheetah people have to make sure they learn them all. Moreover, the lessons of the cheetah symbol should have a priority in one’s life. If they ignore the meanings, they risk being on the sideline of the magnificent cheetah’s energy. They, however, should take solace in the thought that they are in the protection of the divine world.

The cheetah is a member of the cat family. They are indigenous to the African continent but are in the other parts of the world today due to migration by humans. The cheetah is the fastest animal on land. They have a signature look that has a comparison to none but the cougar with thousands of black spots on their body. They are diurnal animals. This means that the cheetah operates during the day.

The male cheetahs are territorial and quite friendly when not hungry. They are carnivorous, and the antelopes are their favorite prey. They can stalk their prey and launch at them at the very last minute. Ones it has caught up with the victim, they suffocate it by biting down on their throats. 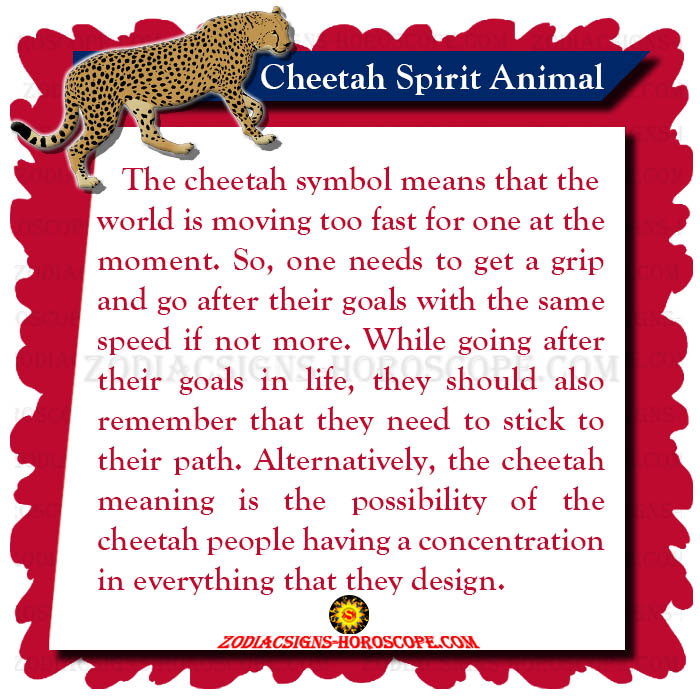 The cheetah symbol means that the world is moving too fast for one at the moment. So, one needs to get a grip and go after their goals at the same speed, if not more. While going after their goals in life, they should also remember that they need to stick to their path. Alternatively, the cheetah meaning is the possibility of the cheetah people having a concentration on everything that they design. Also, one can leave a little leeway to make sudden changes if there need be. Consequently, one has needed to be transparent with their plans and what they aim to attain at the end of the project.

On the other hand, the cheetah symbol serves to alert one when they are taking on too many projects in life. They, therefore, need to readjust their priorities and complete the most important ones first. This is because if one has too much on their plate, they tend to give each project half the attention that they need.

The Cheetah: Symbol of Endurance and Tenacity

One of the most prominent traits of the cheetah spirit animal is persistence. This energy manifests itself on the cheetah people. Therefore, they depict the same while handling their daily activities. The power of the symbol also makes sure that the cheetah people always have enough fight in them to help them get through their situations.

The Cheetah: Symbol of Precision

The cheetah is one of the most precise animals ever to hunt. They pass this symbolic attribute to the cheetah people. The cheetah people then display the same in their day to day life activities. This spirit animal makes sure that their people are well off with their ability to make immaculate decisions in life. This is to help them never to go wrong.

Symbolic Meaning of the Cheetah Dream

The cheetah has its images manifest in our dreams like most totemic animals. Some believe that the ideas are a way of the divine world initiating contact with us. So, the general meaning of the cheetah in our thoughts is the possibility of strength and agility. Some of the dreams of the cheetah are:

The Dream of an attack of the Cheetah on One

A cheetah attack on one shows that the person is a weakling and cannot defend themselves in real life. Therefore, they always need someone to protect them from harm.

Moreover, such people lack the vigor to speak their mind. Alternatively, the dream means that the cheetah person is a good guy, especially to those who don’t acknowledge it. So, if one gets the dream with the cheetah attacking them, they need to be more perceptive when choosing allies.

The Dream of Taking a Ride on the Cheetah

The dream has the energy of a lousy omen in one’s future. Therefore, they need to take more care as they will be going through a storm. The problems, however, will not sink one. They will rely on the totemic power of the cheetah to help them through. They should have an open mind to help them get through their hurdles.

The Dream of Battling a Cheetah

The dream of one taking the fight to the cheetah is a good thing. It bears the symbolic meaning of one being able to solve their problems. They don’t have to fret over the matter because, finally, they will receive proper help. Moreover, the energy of the cheetah spirit animal is about to rub off in their lives.

The cheetah spirit animal has so many emblems that are important to the cheetah people. They rely on the symbols of the cheetah totem to make meaning of their lives. Moreover, they also have the guidance of the divine world.