Based on the Pisces in love horoscope, the Pisces man is a true romantic at heart. This shows in all of these relationships, but it shows, even more, when he is in love. He may as well be a prince from a fairy tale. If you are ready for a fantasy-like relationship, then the Pisces man could make you feel like a princess.

The Pisces in love traits reveal that the Pisces man is a dreamer, but this is probably what makes him seem so dreamy to potential partners. His imagination captures his interest and the curiosity of others. Many people are drawn to the Pisces man just because they want to know more about him. He seems like a mystery from afar, but he’s an open book once a person gets to know him.

The Pisces man tries to keep in touch with his emotions, which is something that Pisces and other water signs are good at. He may seem more sensitive than some other zodiac signs, but this also makes him more empathic, which can help a great deal in many social situations. The Pisces in love facts show that he can see things from other people’s points of view, and he does whatever he can to make others happy.

His head may seem up in the clouds, sometimes because of his expansive imagination. He is highly creative. He only sees what he wants to see, and he always tries to see the best in people and situations. This can sometimes make it difficult for him to understand the reality of a job, but for the most part, it just keeps him in a good mood.

Pisces in Love: How to Tell if A Pisces Man is in Love

As per the Pisces love signs, even when a Pisces man is genuinely in love, he will still try to impress his partner with romantic dates and gifts. He will try to make his partner’s life feel like a romantic novel, but with less drama. This man will let his partner know that he is committed to him or her. He has eyes for no one else when he is in love.

Pisces in Love: Sex for the Pisces Man

Based on the Pisces in love sexuality, the Pisces man does not need to be in love to have sex, but he is much more sensual while having sex when he is in love. Just like in other aspects of his life, he wants to be imaginative when he is in bed. He loves to try out new and creative things in bed.

This man also loves to take suggestions from his partner. If you ever get to be with a Pisces man, make sure to tell him what you want, and he is sure to try to help you out. The Pisces man is up for just about anything when it comes to sex. Sex with a Pisces man only gets more passionate as time goes on.

According to the Pisces in love compatibility, the Pisces man needs to be with someone creative, intelligent, playful, and loyal if he is to be happy. The best signs for him are Cancer and Scorpio. Other Pisces, Capricorn, and Taurus also make suitable matches. You can still have a chance if you are not one of these signs if you are imaginative enough, though.

Based on the Pisces in love astrology, the Pisces woman in love is the perfect picture of a true romantic. This dreamer may have her head in the clouds most of the time but only makes her more lovely. Sure is sure to make her lover’s life more romantic than anything they have ever imagined.

As per the Pisces in love personality traits, the Pisces woman always seems to be in a good mood. She tries to be friendly to everyone she meets, and she hates conflict. She will do whatever she can to keep everyone in a good mood. If something does go wrong, she will leave a negative situation for something better. She applies this to everything in her life, especially relationships.

Pisces love facts show that she is a highly intelligent and creative woman. She has a hard time focusing on one hobby because she is interested in so many things. She will want her partner to share some of her artistic pursuits, but she can also become easily engaged in her partner’s interests as well.

The Pisces woman is a dreamer. She has big goals for herself, and she won’t let anything or anyone get in her way. She will want a partner who will help her out.

How to Tell if A Pisces Woman is in Love

She will want to put all of her romantic energy into the person with who she is in love. Don’t worry about cheating if you are with a Pisces woman. She won’t even look at another person romantically if she is already in love.

The Pisces love tips reveal that she may become more dependent on her partner when she is in love. She wants to be more open about her feelings and thoughts, and not everything that she has to say will be incredibly mature.

She is going to want to be with someone who can help to take care of her. This woman will help her partner out in return. She will pamper them, and all she wants is to be loved in return.

Sex for the Pisces Woman

Based on the Pisces in love sex facts, the Pisces woman does not need to be in love to have sex, but she will be a lot more comfortable if she is having sex with someone who she is in love with. She needs to trust someone to have sex with them.

This woman is shy about sex a lot of the time, even if she is in love. Foreplay is essential to her, as it helps to warm her up to the idea of sex both mentally and physically. She wants to be close to her partner, and she knows that having sex is one way to do that.

This woman can be a passionate lover if given a chance. She loves to please her partner. The Pisces woman, according to the Pisces in love sexuality, will likely have a few fantasies that she will want to play out. She will also take suggestions from her partner, as long as they aren’t too weird. Sex is always fun, and sometimes silly when you are with a Pisces woman.

As per the Pisces love compatibility, the Pisces woman needs to be with someone playful, creative, and loyal. Her best matches are Cancer and Scorpio. Taurus and Capricorn can also make good matches. Even if you are not one of these signs, you may still make a good match for her if you have what it takes to keep up with her wild imagination.

If you want a playful but meaningful Pisces love relationship, then look no further than the Pisces woman. Being with a Pisces woman is like being in a dream. She is sure to make every aspect of your relationship romantic.

Are you ready for the Pisces in love romantic relationship of a lifetime? If you are, then Pisces will be your man. Things will only get better the deeper in love that the two of you are! 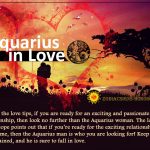 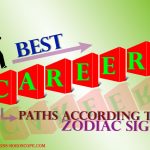