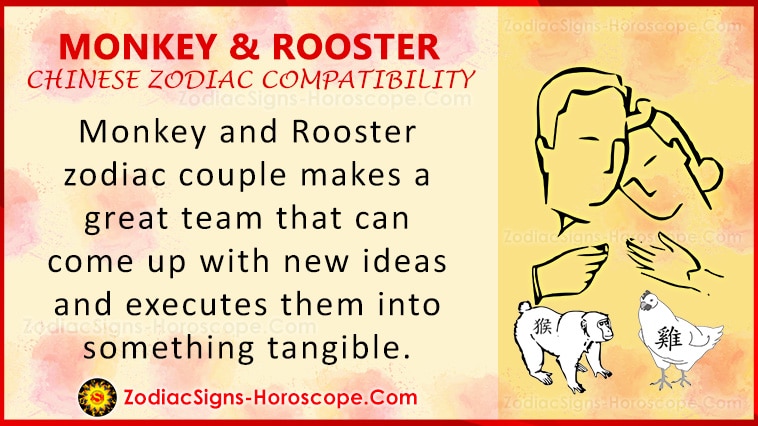 As far back as ancient China, the Chinese zodiac tradition has helped keep track of the years based on the lunar calendar. However, it is also a cultural way to understand yourself and how you interact with the people around you. This is because the animals associated with the twelve years in the cycle share the same personality traits and behaviors as the people born in their Year. So if the animal is seen as quiet and introverted, the person will also have those general tendencies. Below are more details concerning Monkey and Rooster compatibility.

Things like personality and behaviors can also affect how people solve problems or how they tend to work in their business. The Chinese zodiac has also been used to determine compatibility in love. For centuries it has been the tool to see if two people would have the best love compatibility for happiness and many years of marriage. With that in mind, what is the Monkey love compatibility with Rooster for these zodiac signs?

If you were born in the Chinese Monkey Year, you could understand how you can relate to the animal. You may not be swinging from trees, but you do have plenty of energy and enjoy being active. You don’t mind having an audience when you do things; in fact, you prefer it. When someone is watching you, you know you are the main focus, which you accept wholeheartedly. It is more likely that people will be able to find you away from home even when in a Monkey and Rooster marriage. If you have a landline phone there, it is not used often.

At work, you are an interesting combination of the joker and the brain. There is something about your positive attitude and your many jokes that keep people happy. At the same time, you are also very knowledgeable about the facts and statistics on many subjects. You keep your body moving and your brain sharp. When you are in a Monkey-Rooster relationship, you want Monkey to keep up with your activities and stimulate your brain. Until then, you will be where the fun is.

For those born in the Year of the Rooster zodiac sign, you are the early bird at the gym or on a morning run. You like to stay fit and look good even, especially during a Monkey-Rooster dating. When it comes to doing your work, you have a sharp eye for details. Everything you submit is perfect and has been reviewed with a fine-tooth comb. Not only are you smart and capable of many things, but you are also a perfectionist with high expectations.

Sometimes it frustrates you when others don’t share those expectations. When you work with a team, you try to uphold that level of excellence. Often you are more likely to come across as a nag rather than a motivator. Still, your colleagues and friends can respect your sense of fairness and loyalty to them and to the things you do. You work hard, and you are committed to the things you do and the people you love. That is the kind of Monkey & Rooster love compatibility that you would have for the long term.

Shared interests are what attract Monkey Rooster in love while also keeping them together. For one thing, you trust each other to be honest and open. To make this relationship into a long-term commitment, you will need to figure out how to balance your differences and maintain the respect that you have for each other.

Monkey is the more outgoing personality of the Monkey Rooster horoscope match. Your confidence and will likely be an attractive factor to Rooster. Monkey will be charmed by the goodness and care that you show to others, as well as your intellect that rivals yours. This is the kind of mental stimulation that both of you are looking for in a relationship. Together you can work on a variety of tasks and projects. You make a great team that can come up with new ideas and executes them into something tangible. You can also solve problems that baffle others.

Monkey brings out a stronger person in Rooster. For one thing, your energy motivates Rooster into doing something more beyond what you thought you could do. It is not only exhilarating but a positive contribution that Monkey has provided you. Even though you may not have the same kind of stamina as Monkey, you can build up a little more with renewed interests. You can also show your lover what you can do in the Monkey & Rooster sexual compatibility, much to their surprise. Together you can work well, understand what the other needs, and inspire each other to try something new or out of your comfort zone.

Even though Monkey has a way of bringing more out of Rooster in a Monkey Rooster compatibility, it will not be at the same level as your energy and motivation. This is because, inside, Rooster is still reserved and quiet. They are also stubborn that they are not going to change completely because you can motivate them to be more from time to time. While Monkey likes variety in the things you do, sometimes Rooster prefers to stick with the things that are familiar and comfortable. The lack of long-lasting energy or desire to be more social may be more of a disappointment to you.

Rooster can get pretty critical when something doesn’t come out right in their Monkey Rooster love compatibility. Sometimes it’s an automatic reaction, but other times they tend to get annoyed by the things Monkey says or does. This can be Monkey’s tendency to be the lack of responsibilities, including finishing projects they start. This could involve a chore or DIY project around the house or just following through on a phone call or vacation plans. Rooster can be such a perfectionist that you lay your high expectations onto your partner. Between the expectations and the nagging, Monkey may be more inclined to remain out and social than spend time with your partner at home.

The positive attributes in a Monkey with Rooster relationship outweigh the negatives, but it will take time, effort, and understanding to get to that point. You already have an attraction for your differences that entice your partner. Also, you bring out something inside yourself that makes a life together exciting and your potential as a couple greater. You make a great team as you contribute your skills and knowledge.

It is where your personalities are different that can create conflict in your relationship. Monkey needs to remember to take on some responsibilities and curb your impulsive behaviors. Rooster needs to ease up on the nagging and remember that not everyone shares the same high expectations in life. You can love the time that you have together, but you will have to remember that both of you like to do some things in different ways. Together you can create a complimentary Monkey and Rooster compatibility that can take you far in your long-term relationship. 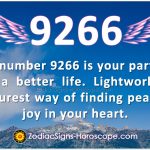 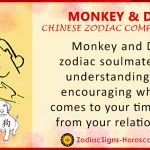