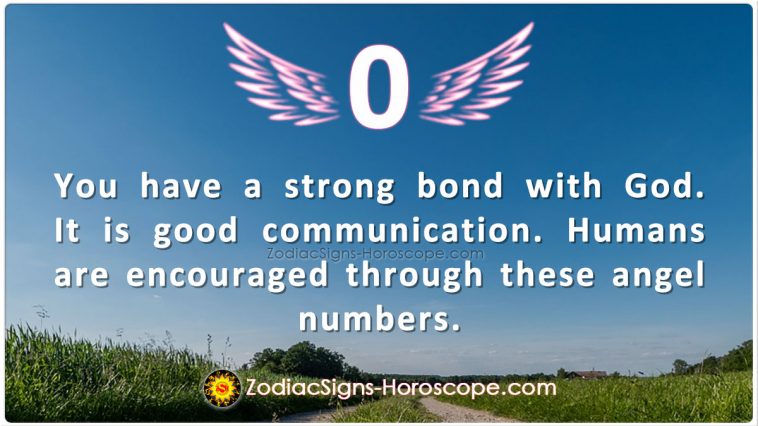 Angels use Angel numbers as a tool of communication to human beings. Different angel numbers carry different energies. Energies in Angel numbers is the message itself. The different levels of vibration between Angels and humans make numbers a suitable tool. Angels have a higher vibration, while humans have a lower vibration level. A strong connection with God is paramount for this Angel number to communicate. Angel Number 0 comes as a mere coincidence in your daily life. The message pop up on your phone, television, magazine, and so many places that you don’t expect.

Meaning of the 0 Angel Number

Angel number 0 is the first in the series of angel numbers. If you always see this number popping up in your daily life, know that it is a communication from angels. It shows that you are about to start something new in your life. Angel number 0 is also an indication that you have a strong bond with God. It is good communication.

Humans are encouraged through these angel numbers. It tells one that as much as your about to start something new in your life, don’t panic. You are guided and protected by many angels on your side. Angel number 0 is an indication that you’re on the right track.

The message carried by Angel Number 0

Angel number 0 gives human hope and encouragement. It encourages humans to pray always and meditate upon God every day. The number 0 opens the inner eyes to see the signs after prayers. It is where one gets all the answers and an understanding of all that you seek.

Angel number 0 gives humans a boundary of operation. The outside is separated from the inside by the edge of the circle line. The interior is empty hence gives you room to fill it with whatever you want. The outside contains everything that you need to perform that task.

Angel number 0 carries the energies of all the other Angel numbers. Just as in figures, 0 takes the first place hence stronger than the rest, so as to number 0. God Force is the name given to it. A connector that brings humanity closer to God and also to the universe. It bonds and improves the connection between humans themselves.

The Symbolism of Angel Number 0

Angel number 0 has several representations, including:

It is from the fact that its Alpha and Omega. It represents both the start and the end. Angel number 0 helps humans to understand the fact that you have angels by your side watching over you. From that fact, then you can do abundantly above all that you have ever imagined. You have no boundaries, limits, or even an end to your spiritual world.

Angel Number 0 encourages humans that they have the potential to achieve whatever they desire. It also guides them on the choices they make. This combination enables a person to be ready to start again in whatever he/she wants. It gives human power to start and endure forever.

The circular shape of the numeric 0 gives Angel number 0 a representation of continuity. It has neither a beginning nor an end. Angel number 0 represents a limitless and unending effort in whatever you are doing. It is a communication that you are supposed to do more both spiritually and socially. Angel number 0 is an indication of growth.

Beginning of our spiritual journey

When number 0 keeps appearing, this is communication to start over again, especially in the spiritual world. It’s a good indication that Angels are showing. The Angels are passing the message of a new beginning in your life. Angel number 0 indicates that you will be under the watch and guidance of the Angels.

Closeness to God and the universe

Raising one’s vibration to a much higher vibration is associated with Angel number 0. It will enable you to communicate with the Angels more easily. You achieve it only by increasing your spiritual knowledge. 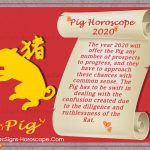 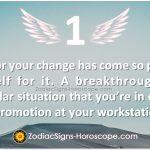